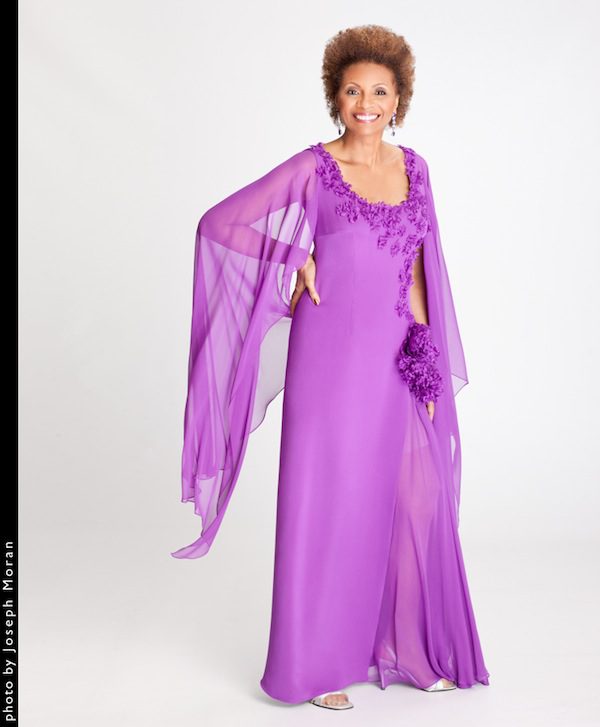 The statuesque performer won a Tony Award for her star-making turn in the 1967 musical “Hallelujah, Baby!”—a role that was declined by Lena Horne. Ironically, 42 years later, after five music albums and countless stage credits, Uggams would play Horne in a California production of the musical “Stormy Weather.”

Indeed, though her Broadway resume is formidable, Uggams has embraced the opportunities offered by some of the nation’s best regional theaters. The Wick is the latest recipient of her talent, luring her to Boca Raton to portray a character she’s always wanted to embody: Mame, the title role in the beloved Jerry Herman musical, a bohemian whose comedic antics brush against the reality of Depression-era America.

I caught up with Uggams during one of the final rehearsal days for “Mame,” which is currently in previews and will enjoy its gala opening night on Saturday. I interrupted her lunch break—a salad from Panera—but she was kind enough to elaborate on her status as the first African-American Mame, the show’s longstanding appeal, working with South Florida actors, and more.

We know the Wick Theatre is a local gem, but given your credits on Broadway, what was the deciding factor for you to do regional theater down here?

I’ve never done this role before. And some years ago, Jerry [Herman] had said he had wanted me to do the role, but at that time his estate didn’t think an African-American could play Mame, because of the whole scene in the South. So when I heard that they wanted me to do, I thought, OK, I guess they are ready now to realize that it doesn’t matter—that it’s even funnier when she goes to the South, because not only is she a Yankee, but she’s a chocolate drop as well!

What do you think caused them to change their minds—is this just a more progressive time?

I think so. We’ve come a long way from that time where people go, gasp!, that kind of thing.

Why do you think this musical has such a long shelf life and keeps being revived?

It’s a fabulous show. It’s funny, there’s great dancing, the songs are great, there’s great costumes. What’s not to like? It’s a family show. There’s even a Christmas song in the show. It’s just full of energy.

And also, we’re getting out of our own recession, and dealing with our issues of income inequality that must resonate with this show.

Yes, equality, the whole thing about how to survive in a depression. People have had to make sacrifices in their lives and be inventive with what they can do, with either being out of work or making less. It’s very relevant. Lately, life seems like what happened in the ‘20s and ‘30s.

You’re following in footsteps of previous Mames like Ginger Rogers, Lucille Ball, Angela Lansbury, Celeste Holm, and Christine Ebersole. Is it possible to block these performances out of your head, or is that even an important element in making the role your own?

Everybody who’s done the role has made it their own. You can’t try to follow somebody else. You do the words and the lyrics and everything that’s on the page, but everybody brings their own different thing. I saw Angela do it, and I loved seeing her. And I saw Ann Miller doing it, and she brought what Ann Miller is known for. Naturally, I’m going to be bringing what I am to the role. And it’s so well-written that it’s not like, ‘hmm, how can I do this?’ It’s there. It’s on the page, and it allows you to have fun.

Your director, Norm Joerder, directed a “42nd Street” down here that exceeded everybody’s expectations, and really reimagined a show that a lot of us have seen a hundred times. What is he bringing to “Mame” that will really make it stand out?

The dancing. These kids are absolutely brilliant, in the short period of time they’ve had. It’s a lot of dancing that these kids do, and it’s just wonderful. I’ve watched them like I’m an audience member, and it’s great.

Have you become close with any of your South Florida cast mates?

When you say ‘close,’ we’ve been working hard together … but it’s a great cast, and we all love each other, which is very important, because there’s no ‘I’ in team.

What do you get out of acting that you don’t get out of recording and performing songs?

It’s live. We have an audience. There’s nothing better than having an audience and hearing their reaction. It energizes you.

You look so great for 71 … I wonder if it’s this business has something to do with it, in terms of keeping you active and fit.

As long as you’re working all the time. I’ve been very blessed. I’ve been doing this a long time, and I keep working, and keeping planning new challenges and things like that. And I eat correctly. And my mother was like Auntie Mame herself, so I have somebody to aspire to.

I have to ask about Bill Cosby, since you worked on one of his shows. Any thoughts on the allegations?

I worked with Cosby about seven times doing nightclub appearances. He was always wonderful to me and to my husband, and I never had any of those situations that these ladies have come out and said. I don’t know about that part of his life, but as far as he and I, he went out of his way to be nice to me. He would give me his dressing room, and he’d take mine. I’ve always loved and adored him. It’s kind of bizarre for me to hear all this, because it’s not the Cosby I know.

I guess people could be these two things at once—he could be a wonderful, sweet guy and also have this other side. It’s so sad, though.

It is, because he’s such an icon. He changed history with the Cosby Show, because it was the first time you got to see people who were educated, and how they were bringing up their children, and he changed television in such a wonderful way.

Well, I hope you enjoy your experience here enough to come back for another production.

Marilynn is amazing. People should realize what she’s doing here for this community. I hope they really support her. It gives a lot of work to people who normally wouldn’t have this experience, and she’s doing musicals, and she’s doing them Broadway style. I’m keeping my fingers crossed that people will come and help her keep this theater open.