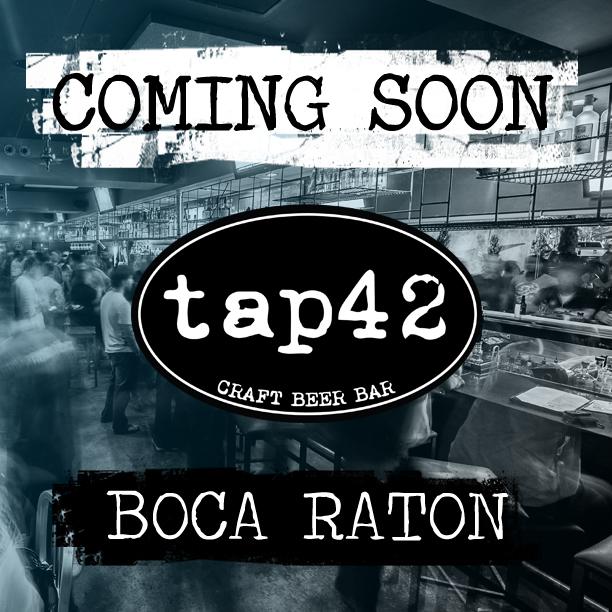 Can beer and American eats make it where beer and English grub didn’t?

We’ll find out early next year, when Fort Lauderdale-based Tap 42 debuts in The Shops at Boca Center, taking over the star-crossed location formerly home to the English Tap & Beer Garden and before that Todd English’s Wild Olives and Cucina d’Angelo.

Look for a roster of several dozen craft beers on tap and a menu of eclectic and American bar bites, from Thai chicken salad and tuna sashimi to shrimp mac ‘n’ cheese and spinach-artichoke dip to an assortment of designer burgers and sliders.

Smokers may be an endangered species nowadays but there are still a few places where lovers of fine stogies can gather and partake of their tobacco passion. A recent addition is the very upscale Havana Nights Cigar Lounge (514 Via de Palmas, 561/361-4091) in Boca’s Royal Palm Place.

Along with a walk-in humidor featuring a selection of fine cigars, the cozy, clubby space sports an extensive bar, outdoor patio and multiple flat-screen TVs. No food, but you can order from nearby restaurants and have your munchies delivered. They also offer valet parking, a welcome option given the difficulty of finding a space in RPP’s perpetually jammed lot.