Staff Picks of the Week 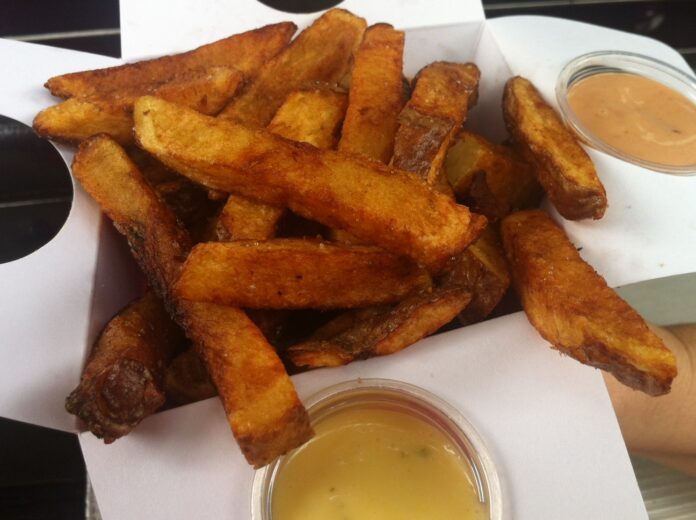 “BFF stands for Best French Fries—and this food truck at Bedner’s on weekends is not kidding. You can pick two awesome dips to go with your magic cone of fries; we went with traditional ketchup and bleu cheese.”

“For a band that released just three albums—all between 1980 and 1982—ska revivalists The English Beat has kept its legacy alive well into the 21st century, dutifully swinging by the Culture Room just about every year to relive its greatest hits, like ‘Save it for Later’ and ‘Mirror in the Bathroom.’ Word has it the group will finally release its fourth studio album in 2015, after a mere 23-year hiatus. See if the band will play any tunes from it when it performs at the Culture Room, 3045 N. Federal Highway, at 8 p.m. tonight. Tickets cost $20 at the door.”

“Oktoberfest may be over but Biergarten is always great fun anytime of the year. Every Monday they offer $1 bratwurst, easily one of the best deals in town. The ‘Currywust’ has the perfect kick with just a hint of sweetness from the mango chutney. Come during happy hour from 4 to 7 p.m. for $4 specials on their wide selection of craft beers on tap.”

“This award-winning concoction by master mixologist Lee Hoechstetter draws its inspiration, like the downtown Boca restaurant itself (39 S.E. First Ave.), from the City of Brotherly Love—in this case, the famed hockey line of Reggie Leach, Bobby Clarke, Bill Barber, who starred on the legendary Philadelphia Flyers teams of the 1970s. Like those Broad Street Bullies, this mix of Woodford Reserve, house-made herbal syrup and maraschino liqueur packs a punch. But here’s the real kicker. After stirring the contents exactly 33 times, and straining it into a martini glass, Hoechstetter takes a mini-blow torch to a fresh marshmallow so that charred bits of the spongy treat mix with the bourbon. The sweet release takes the edge off without detracting from the classic Manhattan flavor, creating a new cocktail for Boca that shoots—and scores.”

“The history alone is reason to go…the Garcia Brothers left Cuba in 1964 to start their own seafood business. It happens to be the freshest seafood I’ve had. It has a romantic, fantastic ambiance and a ‘touch of Cuban decor.’ Don’t miss their key lime pie for dessert.”