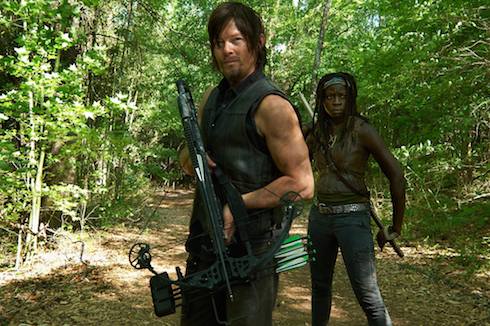 If we’re not on deadline, we’re hard at work on our next issue. So when we head home and hit the couch, we appreciate a T.V. show that keeps us entertained. Here are a few shows our staff can’t get enough of:

Watch it on AMC

“I’m really into The Walking Dead because it portrays a very scary ‘what if’ scenario should we ever face a true zombie apocalypse. It’s great to see the dynamics of how it transforms every day people when faced with life and death situations and having to make decisions that truly test your faith, beliefs and morals.”

Watch it on Bravo

“I am really into Million Dollar Listing Miami [because] I love the negotiations, knowing where the different properties are, the dysfunctional personalities, the Boca babes and Botox. It’s too funny! Besides Senada from Douglas Elliman (featured in the February issue of Boca Raton magazine) and Jen Stone (our previous video editor) were on last week.”

Watch it on AMC

“It’s the new Breaking Bad for tech nerds set in the early ‘80s about a fictional computer company competing with IBM.”

Watch it on Fox

“I love this show because it keeps you on the edge of your seat. You never know what will happen next. I have no finger nails by the end of each episode! It’s about a brilliant, yet psychotic serial killer who communicates with other active serial killers and activates a cult of believers following his every command.”

Watch it on Netflix

“Remember West Wing? Well, House of Cards is everything it wasn’t. It covers everything from corruption and backstabbing to infidelity. It’s the type of show where even the curveballs have curveballs. Plus, it’s Kevin Spacey with a southern accent teaching you that it’s OK to eat ribs for breakfast – what’s not to like?”

Watch it on Netflix

“This is an older show but if you haven’t seen it, definitely worth looking up. Very well written and acted. The kind of show that hits home! Realistic portrayal of ‘Middle America’ and deep personal exploration of its central characters.”

Watch it on The History Channel

“I never heard of the show Vikings until right before the second season was about to start, so I watched season one in a week to catch up. It has such an amazing cast and the scenery and costume design is amazing. It probably also intrigues me since I have a Scandinavian background, and my favorite jewelry line happens to be Kalevala, which is derived from designs in archeological digs of the Viking Era. Waiting impatiently for season three…it can’t get here fast enough!”

Watch it on HBO/ HBOGo

“I’m really into The Leftovers because it takes a fantastical, haunting premise—2 percent of the world’s population vanished three years ago, leaving Earth’s ‘leftovers’ to move on—and treats it with verisimilitude. It’s a commentary on crisis management, grief and faith, with fascinating and relatable characters living in a world not unlike our own.”

Watch it on BBC America

“This amazing sci-fi drama centers on Sarah, a street-wise young woman, who suddenly starts to encounter other women from all walks of life who are her seemingly identical twins. The part of Sarah and all the other women are played by Tatiana Maslany, who is amazingly able to create a distinct character for each of them, so effortlessly that it is easy to forget it is one actress playing several parts, often in the same scene. Watch this show, and you will be amazed how Maslany hasn’t been nominated for an Emmy yet.”