SunFest Preview: The Best of the Rest 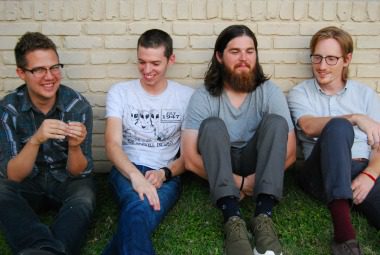 You probably know about the headliners of next week’s SunFest (April 29-May 3), names like Fall Out Boy, Stone Temple Pilots and Sammy Hagar—and we’ll be reviewing the likes of Wilco, Hozier and The Pixies following their performances.

But what’s great about this festival is that it provides ample opportunities to discover new talent. Here are the top five undercard acts at this year’s SunFest, which give us plenty of reasons to show up early.

There’s not much music available online to sample this Little Rock-based quartet—just one song, really, but don’t be surprised if you’ll want to download it instantly and play the hell out of it until SunFest. It’s called “Work it Out,” and, like Bleachers and The Postal Service, there’s an old-is-new-again nostalgia to this tune, a piece of irrepressibly catchy dance-pop gold driven by sunny keyboards and groovy guitars, not to mention the jarring but welcome disconnect between the frontman’s fragile indie-pop tenor and his grizzled mountaineer look. “Work it Out” has received regular airplay on SiriusXM, and it would be a hit on terrestrial radio too, if FM radio wasn’t run by a soulless corporate behemoth. The group has released three EPs in its hometown, so expect more where that infectious tune came from.

If you think popular music takes itself too seriously, The Spazmatics are the group for you. Legend has it the band formed in a high school in California circa 1983, when Kevin Stigwood, a physics teacher, lost a debate to a student about quantum theory and was subjected to performing Thomas Dolby’s “She Blinded Me With Science” at a state basketball game as punishment. The band he corralled for the gig became the Spazmatics, a 1980s cover band awash in kitsch: Its members don apparel from “Revenge of the Nerds”—think pocket protectors, bowties, taped glasses and ghastly plaid pants—and perform choreographed dance moves to such decade-defining hits as “Whip It,” “Faith,” “I Love Rock and Roll” and many more. Beyond the surface humor, the Spazmatics are genuinely good musicians; Brad Gillis, of Ozzy Osbourne’s band, called them “the best ‘80s cover band I’ve ever seen.”

Los Angeles’ The McNaughstys aren’t the first group to find common ground between Irish music and punk rock: Dropkick Murphys and Flogging Molly famously paved the way. But they go further than these pioneers in capturing the spirit of Irish history, culture and music: Bagpipes and violins are just as prominent as shredding, three-chord guitar riffs, blitzkrieg drumming and anthemic vocals, and the band’s lyrical content captures its heritage through tunes like “Shea’s Rebellion,” “O’Malley” and the sea shanty “The Ship is Going Down.” It’s Green Day meets The Chieftans, authentic enough to expand the musical horizons of both groups’ fans. It actually makes perfect sense that The McNaughstys are opening SunFest for another crossover artist, Lindsey Stirling.

Sometimes, Piers Morgan can be right. When Kehlani, a fresh-faced 16-year-old and the only girl in her high-school band Poplyfe, performed on “America’s Got Talent” in 2011, Morgan told her, “I think you’ve got talent, but I don’t think you need the group.” Her ambitions have, indeed, outlived Poplyfe; she’s matured along with her music, striking out as a solo artist with a self-released  mixtape that Complex magazine named one of the best albums of 2014. The sky is the limit for this R&B/hip-hop superstar of tomorrow, whose ancestry—black, white, Native American, Hispanic and Filipino—places her uniquely in a 21st century musical melting pot. Her debut LP “You Should Be Here” hits retailers the week of her SunFest performance, and offers an eclectic introduction to her music. See her now, before she blows up the Internet.

Nashville spawns so many imaginative roots-music artists that it’s mighty hard to transcend the horde of Tennessee bands and singer-songwriters craving residency on your stereo. Credit Elliot Root for doing just that. This soulful Music City quartet has been plying its sophisticated songcraft for a few years now, discovering a timeless aesthetic that would sound as appropriate piping from a Starbucks as a downtown rock club. Calling to mind City and Colour and Red House Painters, it’s really poetry put to music, from the haunting elegy “Body Down” to the radio-ready “Soul is Fire.” Both of these are available on Elliot Root’s new “EP II,” released in March as an appetizer to its forthcoming full-length debut, “Thoughts From Yesterday.”

Tickets are still available for SunFest; visit its website for details.