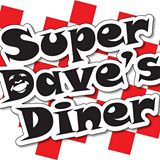 Sometimes things don’t work out the way you want them to. . .

We have a short feature on Super Dave’s Diner in Boca set for the December-January issue of the magazine. It’s a place we’ve had our eyes on for quite awhile, based on some positive feedback from local foodies and the scarcity of good barbecue and soul food in our little corner of paradise.

Except that chef-owner Dave Harmon unexpectedly closed his tiny, self-named eatery just last week, before the magazine came out but too late to do anything about it. When reached by phone he said it was a matter of too much overhead and a fairly obscure location with too little parking.

He’s still doing catering, and he’s got a food truck whose whereabouts you can discover by going to his Facebook page, but no more restaurant, at least for now. Though he said he is looking into other locations, at the moment we’re left with barbecue sauce on our shirts and egg on our faces.