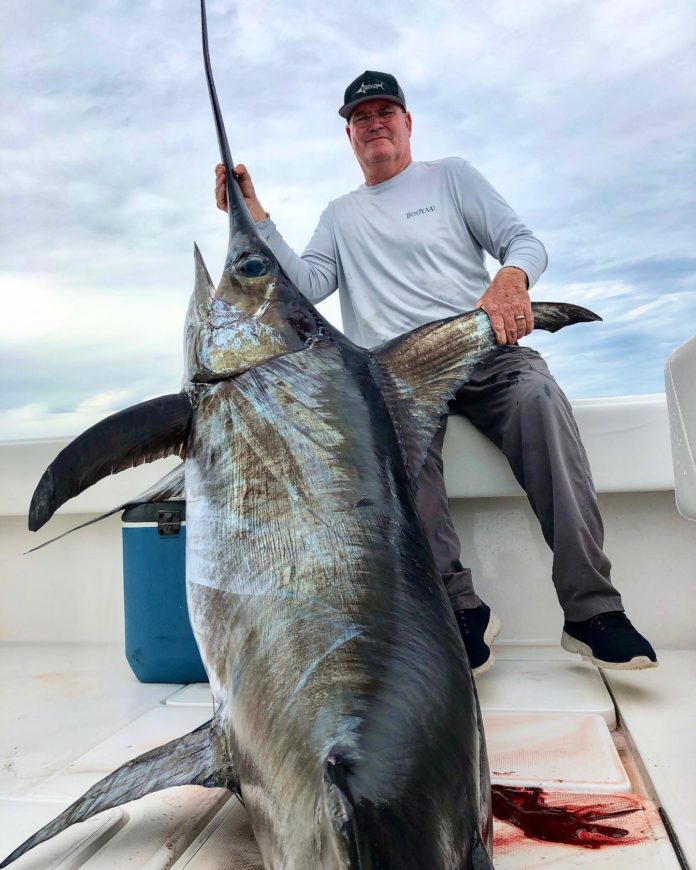 In this month’s Boca Interview with local fishing legend RJ Boyle, he told us about his time spent running The Ambassador, a South Florida biker bar that doubled as a progressive live music venue. Below are excerpts from our conversation that didn’t it into the final story, but tell of a time in the SoFla music scene that’s hard to believe.

On the origins of The Ambassador:

My aunt owned this neighborhood bar, and it was so hardcore. There was iron bars on the inside of the windows so that people wouldn’t get thrown through the window from the inside. It was a horseshoe-style bar, and it was controlled by barmaids and gang members. I had just finished playing baseball, my dad had just passed away, my mom was trying to run a furniture store, and my aunt who owned the bar got sick. One of my responsibilities, my mom said, was to go over and start taking care of that bar.

So I started going over there, and long story short, one of my friends told me, ‘Hey man, we should, we should really have a progressive music night here, like DJs.’ Pat Murphy was his name. And without Pat and his ideas, none of this would have ever happened. So Pat said, ‘Let’s have a reggae progressive music night.’ We handed out flyers at the beach, and that Friday night there were maybe 600 people in line trying to get in. I never went back to baseball. I bought the liquor license from my aunt and we started [hosting live music] every single night.

On the bar’s programming:

So Mondays were audition nights. We’d bring in three bands that nobody knew, but they’d tell all their friends, and we’d have a packed house. Half the bands were horrible, but they had a following because they were trying to make it. Tuesday was a Grateful Dead style music group, usually Crazy Fingers. On Wednesdays and Thursdays we’d have great local live bands, between two and three bands a night of the best local music. And I was mixing the sound. Friday night was a DJ night. Saturday night was our reggae night, which was huge at the bar. We had tons of reggae acts; we had Yellow Man a few times.

Twice a month we would bring in national acts. Anywhere from rock and roll to real hardcore punk. We had Agent Orange. We had Bad Brains. We had the Skatenigs and Fear, just to name a few of the crazy ones. On the rock and roll side, we had Molly Hatchet. We had the Spin Doctors. These were bands that at the time might’ve cost us a couple thousand dollars, and then they went on to make it huge. So it was a time in alternative music where we were like the CBGBs of South Florida. And for a four and a half year period, we entertained with some of the best music in the world.

We had a lot of crazy, crazy bands. You never knew what you were going to see. Was it a great reggae band or the Impotent Sea Snakes? Sometimes we had to lock the doors so nobody else would come in.

On his craziest experience during that time:

There were plenty of long nights there, and we had a lot of crazy stuff going on. On one of the craziest nights–I’ll never forget this–one of the hardcore bands we booked all came out in in military helmets. It was a decent crowd that night. The singer lit himself on fire in the club. The other guys working got the fire out, finally. Then the singer said, “We’ve only got one more song to play.” I couldn’t believe they were going to keep playing. So they start singing the song and I hear a beer bottle break. I look up, and the guys breaks a beer bottle on his helmet and starts stabbing himself in the face.

So all of a sudden there’s blood everywhere. I’m trying to get up to the stage, but couldn’t get there and couldn’t find the guy. Long story short, about five minutes later, I go to the private bathroom in the back and he’s stitching himself up in the mirror. He said, “We do it at every show. It doesn’t hurt anymore. There’s no feeling.” That was the craziest show we ever had.

On the experience as a whole:

It was something else, but it was time and place. You could never pull that off again like we did. I was at 23 year old kid, owning a club, and never went to court once in four years. It was complete controlled mayhem, man. It was run by the locals, and people just loved it. And there’ll never be anything like that again.