The Magic of the Polar Express™ Train Ride on Brightline 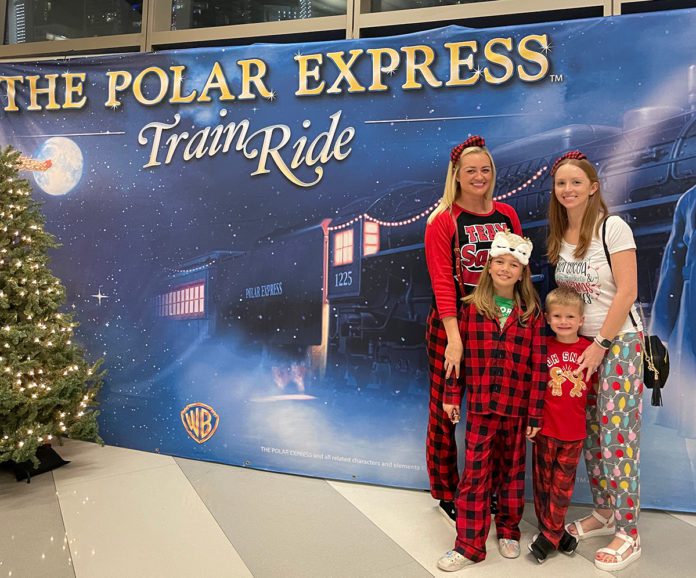 Is it your child’s “crucial year”? That’s the question the Miami-based performance troupe of Polar Express™ asks as you begin your magical journey from South Florida to the North Pole. For this mom, it just so happens to be that year—for my 9 year-old daughter, that is. She started asking questions last Christmas, but we got through the holidays relatively unscathed. Unfortunately, it was later revealed in her class at school that the Easter Bunny and perhaps the Tooth Fairy were both orchestrated by parents. It’s only natural that Santa quickly joined the group.

I didn’t want to give in and admit that one of parenting’s biggest secrets was a lie. But, I also couldn’t be totally dishonest when my daughter looked me straight in the eye and asked whether or not Santa was real. My answer? “I believe in the magic of the holidays and Santa is a wonderful part of that magic.” Then I cried. And then I immediately booked THE POLAR EXPRESS™ Train Ride in the hopes we could give Santa one more go before she entered true non-believer territory.

Back for the fourth year and running through Dec. 29, 2022 at MiamiCentral Station, THE POLAR EXPRESS™ Train Ride is an enchanted re-creation of the classic children’s story led by a cast of talented actors onboard a real Brightline train. Like the children in the book, families are encouraged to wear their pajamas for the ride! We Boca residents can’t take the Brightline from downtown quite yet, so we recommend driving to the Fort Lauderdale station if you don’t want to trek all the way to Miami in your vehicle (an additional ticket to purchase-FYI).

The adventure of this holiday classic comes to life when the festive train departs for the North Pole. Set to the sounds of the motion picture soundtrack, passengers will relive the magic of this story as they are whisked away on THE POLAR EXPRESS™ for a one-hour trip to meet and interact with Santa.

Once aboard, the conductor will work his way through the coach and punch golden tickets before hot chocolate and delicious shortbread cookies (brought to you by Walkers Shortbread) are served by fantastical dancing chefs. Passengers then read along with the classic children’s book, The Polar Express, by Chris Van Allsburg as Santa and his helpers board the train to greet and present each guest with the first gift of Christmas, a keepsake bell, just like in the movie.

My daughter’s reaction was a little…mixed. Don’t get me wrong, she loved all of it! I did too. She participated in everything (especially the hot chocolate and cookies!) and put on a good show for her 5 year-old cousin who was enthralled by the whole experience. Mid-train ride, she told me that she wants to be a keeper of the magic for her cousin and friends who are still believers. She also thanked me for all the gifts from previous Christmases. But my daughter insisted that the holidays are serious business and that we need to continue traditions like “The Elf” and leaving cookies and milk out for Santa to ensure that the other kids don’t suspect anything.

I also think she wants to do it “just in case.” And that’s the magic of the Polar Express. It reminds you that good things happen when you BELIEVE.

Exact dates, times, and fares are available by visiting miamithepolarexpressride.com. Ticket prices range from $45 to $75, depending on the ticket type, date, and time of the ride.

Michelle Olson-Rogers is a mom of one and the founder of Modern Boca Mom, an award-winning lifestyle website for the stylish & modern South Florida Mommy. She can also be found on Instagram at @modernbocamom.

Disclosure: We were hosted by Brightline to experience THE POLAR EXPRESS™ for review purposes. Round-trip train fare to/from the Ft. Lauderdale was also provided. 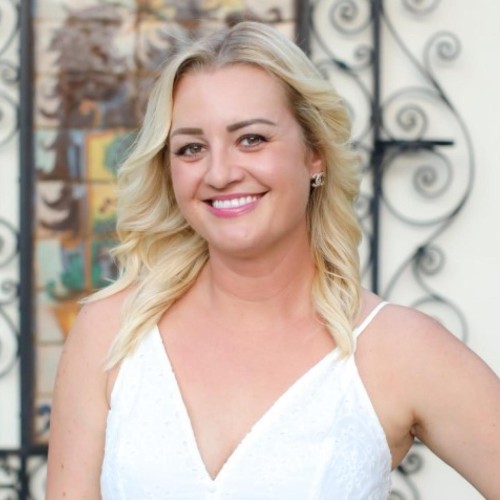