The Sail Inn Gets A New Lease on Life 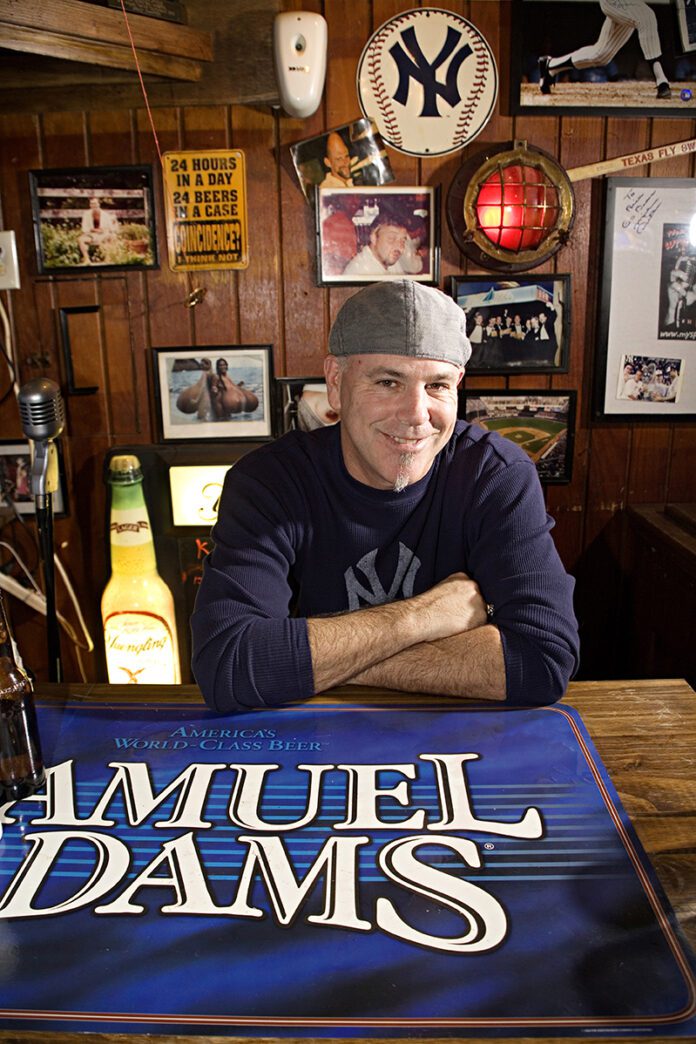 There are two full moons this month and I wonder if one of them is blue, because only once in a blue moon would I be reporting these words: The Sail Inn is being renovated, there are new bathrooms, and when it reopens it will be non-smoking establishment.

As Dave Barry always says, I am not making this up.

I stopped by last night to check out all the rumors and I am here to tell you that I saw Rick “Wreckly” Jankee his own bad self standing in what is now a construction site and he was stoked. Ostensibly he was asked (do not get me started on that one) to get the property, notably those miniscule bathrooms, up to code, per the American Disabilities Act.  But that was just the launching pad for a real overhaul, top to bottom. Out with plumbing ca. 1952, out with electric. All-new A/C . New paint, new wood, new navy blue bar top. Brass polished.

“The Sail Inn is going to be same longstanding traditional bar—but without the stink,” Jankee says. In fact, he theorizes that nicotine has actually held the bar together all these years; he and Pat Robinson, the Man of Steam and local legendary Grime-Fighter, toiled for days to clean the place before it was repainted—decades of nicotine had colored the walls, infiltrated every surface and ruined just about every furnishing  (including the pictures) that the Sail Inn had. Jankee, a non-smoker, had long been disgusted with the smoke and he thinks he has steadily lost customers over the years because no one likes to go home anymore smelling like an ashtray.

Those days are gone.

The “new” Sail Inn will be smoke-free (and no, they will not be serving food), ship shape and shining with refurbished brass fixtures and bathrooms Jankee says are almost the size of the bar.

I wondered if I had mixed feeling about all this. The Sail was my catcher’s mitt when I first moved here—it was always the last stop on the way home, or the place we hung out before Delray was Chi Chi Town. For decades it has been a true neighborhood bar, and maybe the only one left—where you’d see people in everything from flip flops to formal wear.  And most of all, it’s been the real Rick’s Place, with Jankee a warm host (not to mention his charity work) and leader of a Sail Inn tribe that has been loyal to him and the place for years.  I will miss the old days, and my picture with Lee Bennett that has been on the back wall for 20-some years. (All the pictures are history-they smell like smoke). But I will not miss the smoke—I think I hardly went anymore because of that.

Jankee hopes to reopen the first couple of weeks in August but he’s not sure. He says its going to be the “same bar—but shiny,” He also says he doesn’t want to lose his dive bar status, but he also doesn’t “want to be a s@#t-hole, either.”

He doesn’t have to worry about either, The Sail is more than a bar—it’s a testament to old Delray, and the small town we love.

I’ll be first in line for a cold one when he reopens.

Check back here for updates….