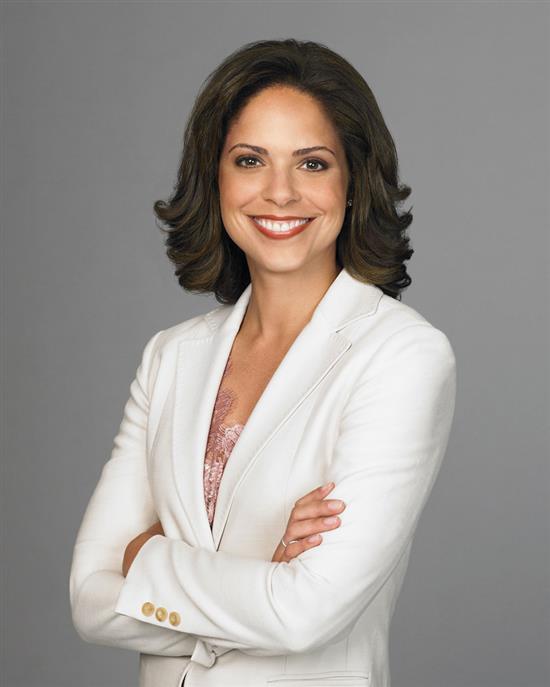 The former co-host of CNN’s “American Morning” and then anchoring its replacement, “Starting Point,” until February of last year, O’Brien is known for her crusading documentaries for the news network, including “Who is Black in America?” and “The Women of 9-11.” She is now founder of Starfish Media Group, a production company that will distribute O’Brien’s documentaries to CNN as well as other potential buyers.

At this conclusion of the Broward Center’s first-annual speaker series, O’Brien will likely discuss some of the topics in her memoir, “The Next Big Story,” which covers dramatic worldwide news events during her tenure as an anchorperson.

Where: Lake Worth Playhouse, 713 Lake Ave., Lake Worth

Playwright Amy Herzog’s (pictured) moving dramedy “4000 Miles” was a 2013 finalist for the Pulitzer Prize for Drama, a much-deserved honor for a play that explores many of life’s fundamental issues, from grief and guilt to aging, family and politics. It’s about Leo, a young cross-country cyclist who, still dealing with the tragic loss of his best friend, emotionally convalesces at the West Village apartment of his 91-year-old grandmother, a onetime political radical whose character was inspired by the playwright’s own granny. Over the course of a month, this unlikely pair bonds—in part over a joint, in one of the play’s funniest scenes—while Leo attempts to piece together a broken relationship with his ex-girlfriend. This production, which runs only through April 29, is an intimate, community theater black-box production that could use all the support it can get.

Where: Murder on the Beach, 273 Pineapple Grove Way, Delray Beach

Andrew Gross was the 43-year-old CEO of a top sportswear design company, part of a garment legacy dating back to his grandfather Fred P. Pomerantz, when he gave up the lap of luxury for the potentially penniless toil of being a full-time author. But now, after seven best-sellers, he’s proven that following your dreams can be lucrative as it is creatively fulfilling. Gross made a name for himself by co-authoring a series of thrillers with literary hit-maker (and Palm Beach County denizen) James Patterson, who praised Gross’ skill at writing realistic women characters. That ability is on full display in his newly released ninth book, “Everything to Lose,” a murder mystery set in the aftermath of Hurricane Sandy, in which a struggling single mother with a special-needs child encounters a car accident, a dead driver, a satchel full of money and a world full of new problems. The New York-based author will discuss “Everything to Lose” and sign copies at Friday’s Delray Beach appearance.

What: Opening night of “Rose and the Rime”

The House Theatre of Chicago, the great regional company behind such previous Arsht Center re-mountings as “The Sparrow” and “Death and Harry Houdini,” returns with an updated show originally presented in 2009. It’s about a fictional Michigan town, crippled by a generation-long blizzard, whose youngest person, Rose, can save the city from a witch’s curse. House Theatre productions are always high on spectacle, and this one will feature new aerial choreography and magical special effects. It runs through May 18.

What: Opening night of “Gabrielle”

Award victories and nominations have been flooding in over the past year for “Gabrielle,” and for good reason. French-Canadian director Louise Archambault’s docu-dramatic account of an officially stifled, clandestinely blooming romance between two special-needs adults is an assured, unsentimental character study that explores universal human themes through its specialized protagonists. The title character—played by Gabrielle Marion-Rivard, who is herself developmentally challenged—joins a cast of fellow disabled non-actors, all of whom are part of a choir group rehearsing for a concert with a Quebec pop star. It’s in this context that Gabrielle meets Martin (Alexandre Landry) and experiences her first pangs of sexuality, which the film’s authority figures attempt to quash. The film examines the push and pull of dependence and autonomy that many sufferers of developmental disabilities face, and it does so with understated grace and elegance. Inexplicably, “Gabrielle” is not opening anywhere in Palm Beach County, but a schlep to Miami is worth it.

The Delray Affair may be older than the moon landing and the Beatles’ first appearance on Ed Sullivan, but that doesn’t mean it can’t learn new tricks. In 2013, for its 51st year, the Affair took home three awards from the Florida Festivals & Events Association, including a second-place honor for the Best Mobile App. Indeed, the event has grown more tech-savvy through the years, but the mission of the largest arts and crafts fair in the Southeastern United States remains the same: to showcase an eclectic and international selection of handmade items at prices to fit all budgets. Lately, the Delray Affair keywords have been “fun” and “funky,” with tie-dyed T-shirts and colorful sculptural centerpieces sharing a 12-block stretch of downtown Delray with live bands, fresh smoothies and sugary desserts. The event’s organizers are once again planning for record crowds, so arrive early for a coveted parking space.

Palm Beach County doesn’t welcome enough touring dance companies on its cultural radar, but this weekend’s appearance by the Joffrey Ballet Concert Group provides a rare opportunity to see one of the world’s most distinguished ballet companies for a refreshingly affordable price. Founded in 1956 by Robert Joffrey and Gerald Arpino, the Chicago-based company has expanded from producing truncated ballet classics to full-scale modern-dance experiments, with a repertory ranging from Balanchine and Massine to Paul Taylor and Twyla Tharp. In its nearly 60-year history, the Joffrey has achieved the distinction of being the first dance company to appear on American television, the first to perform in the White House, and the first to grace the cover of Timemagazine. At Sunday’s FAU engagement, former principal dancer Davis Robertson will direct his ensemble through a diverse program of dances from the Joffrey’s deep archives as well as newer works by top modern choreographers.