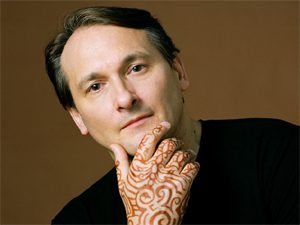 Pianist Christopher O’Riley is much more than his day job as the host of NPR’s “From the Top,” where he promotes talented young musicians in the classical world. As he performer, he provides his own contributions to furthering the dialogue between classical forms and youth music by reinterpreting modern indie songs as classical piano compositions. What started as a few on-air piano doodlings of Radiohead songs in between more established examples of the piano repertoire has since spawned two albums of solo piano Radiohead albums and similar 88-keyed tributes to Nick Drake and Elliott Smith. This tour will see O’Riley exploring these artists in addition to piano interpretations of R.E.M., Nirvana, Cocteau Twins, Portishead and others. This is my most-anticipated entry in Kravis’ cutting-edge P.E.A.K. series, which stands for Provocative Entertainment at Kravis.

What: Opening night of “War Horse”

One of the most groundbreaking, experimental and profitable Broadway successes of recent years, the Tony-winning “War Horse” is the only nonmusical in the Kravis Center’s Broadway tour series. The glitzy, towering sets and pomp and circumstances of most Broadway tours are replaced here by a spartan set, theater-of-the-mind sound effects, a handful of actors, and an impressive herd of mechanical horses that act so lifelike you’ll barely notice the legs of their human controllers protruding from their midsections. The narrative is based on Michael Morpurgo’s children’s novel about a boy separated from his favorite horse during World War I; even if you know how it ends, be prepared to shed a few tears at this immensely moving production. It runs through Saturday.

As a 14-year-old girl, Elizabeth Smart became a most unwitting public figure. Abducted from her Salt Lake City bedroom and held in horrific, abusive captivity for nine months in the early 2000s, Smart’s case riveted the nation—acting as sad red meat for the tabloid media. But in the number of years since her rescue, Smart has emerged as a model advocate for child-abduction cases, speaking in Washington, D.C., after the signing of the Adam Walsh act and eventually forming a nonprofit dedicated to educating children about violent and sexual crimes. Now, she’s ready to share everything from her ordeal and recovery; her speaking tour arrives months after the publication of her autobiography, My Story.

If America were to appoint a national Multifaith Ambassador of Spirituality, Deepak Chopra would certainly be at the top of the shortlist. Born in India, raised in the world of traditional medicine, and eventually shown a different path via a yogi’s introduction to ayurvedic medicine, Chopra has become one of the world’s most outspoken voices in the fields of alternative healing and metaphysics. He’s also a telegenic pundit, able to wax beautifully on shows hosted by Oprah and Piers Morgan alike, on topics ranging from quantum theory and the God question to yoga, meditation, and the tragic life of his friend, Michael Jackson. Never one to shy away from controversy, his rare lecture at the Broward Center should be, needless to say, a spirited one.
FRIDAY

With its 21st birthday event kicking off this month, the former Delray Beach International Tennis Championships decided it was time for a rebranding. As of this year, the world’s only combined ATP World Tour (the world’s top young players) and ATP Champions Tour (the retired legends) has truncated its name to the Delray Beach Open and taken on a major sponsor, the five-diamond Las Vegas resort The Venetian. For the first time, the tournaments are timed around a holiday weekend: Love as well as fuzzy yellow balls will be in the air on the event’s opening night, with Valentine’s Day and Presidents Day activities planned for throughout the long weekend. Andy Roddick, who made his professional debut in Delray Beach as a 17-year-old, returns for his first Champions Tour tournament, joining such luminaries as Aaron Krickstein, Goran Ivanisevic and Jan-Michael Gambill. World Tour athletes include top tennists John Isner and Tommy Haas. As usual, expect gala parties and live music from local bands in between sets.

In the span of one month in early 2013, Andrea Bocelli performed at the 61st annual National Prayer Breakfast at the White House and Moscow’s Kremlin. This feat, which would have probably been impossible 30 years ago, was just another month for the indefatigable 55-year-old Italian tenor, whose voice is borderless. He sings in six languages in concert and on his albums, which have moved more than 80 million copies worldwide, making him the best-selling artist in the history of classical music. Celine Dion is one such fan, saying in 1998 that “If God would have a singing voice, he must sound a lot like Andrea Bocelli.” His set lists run upward of 25 songs, from the sacred and operatic canon as well as Broadway and crossover pop hits, and he specializes in love songs—hence this Valentine’s Day booking, which has become a popular staple at the BB&T Center.

Celebrating its 21st year, this reggae and roots music festival is now of legal drinking age, but the preferred libation at this chill bonanza will probably be Bob Marley’s Mellow Mood. Founded by the late Cedella Marley Booker—the mother of the Jamaican legend—Nine Mile will be headlined this year by three members of the illustrious family: Stephen Marley, Damian Marley and Julian Marley. Another music great who is tangentially related to Bob Marley, Ms. Lauryn Hill (pictured), will play a rare set as well, along with Grammy-winning dancehall superstar Sean Paul, the recent “Voice” winner Tessanne Chin, reggae popster Shaggy and nine more musicians of a similar sonic ilk. In addition to the entry fee, four canned goods are required for admission, which will be distributed to Miami shelters.

What: Opening night of “Other Desert Cities”

This Pulitzer Prize- and Tony-winning “dramedy” is set over the 2004 Christmas holiday in the home of the Lymans, an upper-crust Palm Springs family whose patriarch is a former actor in Hollywood B-movies turned powerful figure in Republican politics (farfetched, I know). His children are on the other side of the fence ideologically, but the play’s central theme transcends debate about George W. Bush’s policies; it’s about a traumatic event in the family history that is about to revisited in a controversial memoir published by troubled daughter, Brooke. As this revelation opens old filial wounds, the political becomes personal and vice versa in what has become one of the best plays of the past decade; it’s no surprise that it’s become the fourth most-produced play in regional theaters across the country this season. Look for the Maltz to bring to life every caustic quip and heated exchange. It runs through March 2.