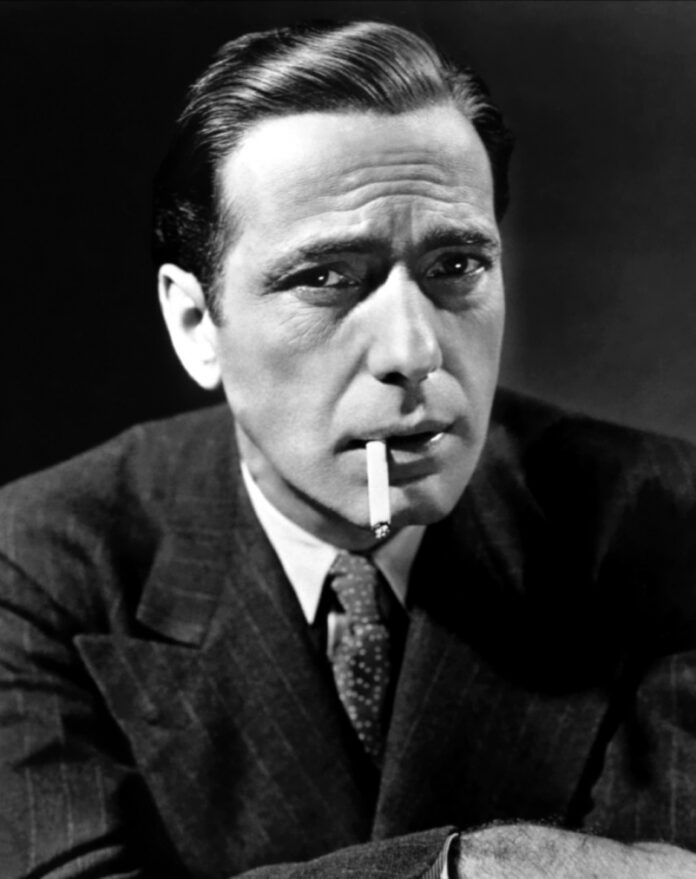 What: “An Evening With Bogie”

As Woody Allen’s “Play It Again, Sam” showed us, it’s not easy—or practical, or smart—to speak and act like Humphrey Bogart in the modern world. He was a product of his time, the early cinema’s embodiment of streetwise machismo. Bogie successfully transitioned (unlike many others) from the limiting genre of gangster B movies into a matinee idol in too many illustrious A pictures to mention. He may have had a face for radio, but he’s remembered as one of the most iconic movie stars of all-time. For this special event, the Palm Beach International Film Festival and Key Largo’s Bogart Film Festival will team up for a screening of one of the actor’s best works, “Treasure of the Sierra Madre,” followed by a live discussion led by Humphrey’s son Stephen, the host of WXEL’s “Bogart on Movies.”

What: “Science on Tap”

Walk into the average bar on the average night, and what kind of conversation do you expect will percolate amid the jukebox rock and crack of billiard balls slamming into each other? Sports, politics and entertainment would probably top the list, while “electrophysiological recordings from the human visual cortex” would probably rank somewhere near the “least likely.” That will change at this Thursday’s special event, hosted by the South Florida Science Center. “Science on Tap”—the only Science Café of its kind between Vero Beach and Fort Lauderdale—will feature guest speaker Dr. William Bosking (pictured), member of the Palm Beach Chapter of the Society for Neuroscience and a senior neuroscientist at Max Planck. Dr. Bosking, one of our most knowledgeable minds on the field of the visual cortex, will speak on the topic “Visual Perception: How our brains create the world we see,” which his listeners will enjoy over a cold one from O’Shea’s extensive menu of libations.

With the city of Delray Beach’s controversial decision last year to ban open containers on its downtown streets during holiday parties, the days of bringing your own cooler of beer to the St. Patrick’s Day Festival are apparently over. Some good news came our way in February, though: Two bars, Bru’s Room and O’Connor’s, successfully appealed the city’s decision and will be permitted to sell green beer outside their establishments. Hopefully, the alcohol brouhaha won’t turn too many potential attendees away from what has become one of Delray’s signature events. The event begins at 5 p.m. Friday with a Celtic Siamsa Party at the Center for the Arts, which will include live storytelling, traditional drum and pipe bands, Irish dancing and food, all hosted by Irish historian and professor Jake de Fayke. The parade will run 2 to 4:30 p.m. Saturday and will honor uniformed police officers, firefighters and EMS personnel from around the world; post-parade activities will continue at Center for the Arts.

Joan Woodbury and Shirley Ririe founded this modern dance company in Utah in 1964; 50 years later, it’s arguably stronger than ever, having expanded its dazzling reach across the globe. These days, the company has chosen to focus its energies on works by the pioneering, provocative modern dance choreographer Alwin Nikolais, who died in 1993. Nikolais’ artistic employment of props, slides and stage lights helped to popularize the concept of multimedia theater. Thus, common Ririe-Woodbury performances integrate wires, leashes, television screens, wigs, plastic bags, chairs and other props, with the dancers’ bodies creating a unique symmetry with their surroundings. We’re lucky to see this production among the Duncan Theatre’s 2014 dance season; dance troupes this challenging don’t tour our way very often.

The Three Tenors were so last-century. Forte, by comparison, is a vocal group that could only have formed during the Internet age. Its three members met online and continued to conference only via Skype; when they shocked the world by performing some of the most beautiful operatic music on the history of “America’s Got Talent” last year, they had only just met in person. Josh Page, Sean Panikkar and Fernando Varela ended up going all the way to the finals in Season Eight of the hit series, and their stirring interpretations, including “Somewhere,” “Unchained Melody” and “My Heart Will Go On,” made it into the trio’s debut album last fall. Expect to hear these and many others at Saturday’s Florida debut, which marks the soaring finale of the Festival of the Arts Boca.

It’s hard to imagine Paul Simon knocking on the door of Sting’s Upper West Side loft to borrow a cup of sugar or a guitar pick. But apparently, the nature of these two songwriters’ relationship dates back earlier than their success as solo artists: They shared a residence in the same Manhattan building. “For 20 years, this guy would be borrowing things all the time,” Sting joked of Simon, in a recent New York Times interview. Now, they’ll be sharing, borrowing and re-arranging their own tunes during this unique tour, conceived after the two performed together at a benefit concert last May. Each artist will play with his band, and then they’ll perform onstage together. Prior to the tour, Sting said that he and Simon “don’t have a clue” where this adventure will go once they take the stage, which makes the possibilities all the more exciting.

What: An Evening With Ira Glass

Since 1995, Ira Glass has been the measured, urbane voice behind “This American Life,” one of the most listened-to, most downloaded, and most influential radio shows of the past quarter-century. Its mix of nonfiction reportage, essays, memoirs, short fiction and field recordings has helped redefine what talk radio can be in a field dominated by raging sports reporters and raging political pundits. The show has received awards for its investigations of topics such as a controversial drug court program in Georgia, the reasons for the American subprime mortgage crisis, and the American Psychological Association’s troubled history with homosexuality. For his current tour, which integrates two live dancers, Glass has described it as “just like a radio show, um, if you picture dancers during all the stories.” Sounds like he wants to redefine lecture tours, too.

Conductor James Judd’s name will be forever etched in South Florida classical music history, serving as the last full-time music director for the late, great Florida Philharmonic Orchestra, from 1987 to 2001. And this weekend, he’ll take a break from his current venture—the Miami Music Project, an educational nonprofit—to pick up the conductor’s baton for the third concert in the Boca Symphonia’s annual Connoisseur Series. Judd will lead the orchestra through Barber’s “Serenade for String, op. 1,” Haydn’s “Symphony No. 94” and Beethoven’s “Violin Concerto in D major, op. 61.” The concert caps a full weekend of Symphonia-related activities, including a “Tea and Symphony” discussion with Judd and violinist Elmar Oliveira at 2 p.m. Friday; and a “Meet the Orchestra” children’s activity at 10:30 a.m. Saturday. For complete details, visit the Symphonia’s website.