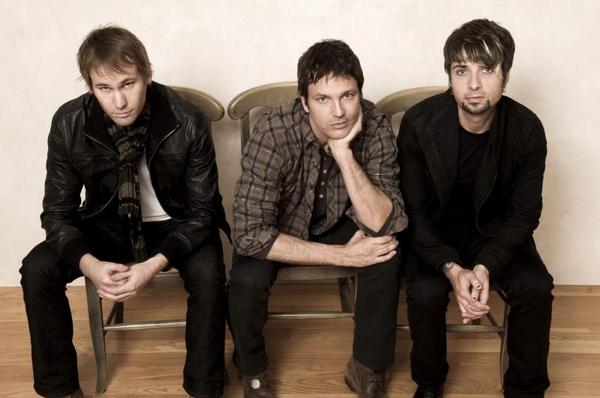 The Nineties revival just won’t go away, and if that means hearing Third Eye Blind tracks like “Semi-Charmed Life,” “Jumper,” and “Graduate” in a live setting again, then, frankly, keep that revival coming. Back in 1996, the San Francisco pop-rockers inked what was reportedly the largest publishing deal ever for an unsigned artist, and for a while songs like the singles mentioned above were everywhere in movies, commercials and supermarkets. Third Eye Blind’s time in the national music spotlight was short-lived, however, and plagued by lawsuits and the controversial ousting of band members. All the while, Stephan Jenkins has kept this wobbly institution together in the new millenium by releasing solid albums under the radar. Tonight’s show may be one of the last chances to hear 3EB’s songs live; Jenkins has said that the band’s forthcoming fifth LP will be its last.

The indefatigable Buddy Guy is worth tonight’s price of admission alone. The 77-year-old blues legend is not content to rest on his laurels – or his six Grammys, his Kennedy Center honor or his designation as one of the top 30 guitarists of all-time by Rolling Stone. Instead, he’s continuing to reinvent himself and produce relevant records, like this year’s “Rhythm & Blues,” an eclectic and sprawling double-disc album divided evenly between “Rhythm” tracks and “Blues” tracks, and attracting such esteemed guest stars as Kid Rock, Keith Urban and Gary Clark, Jr. To make this appearance extra-special, Guy will be joined onstage by Jonny Lang, himself a Grammy-winning bluesman with a voice that sounds decades older and deeper than his 32 years.

The paternal nephew of slain president John F. Kennedy will visit the Broward Center just days before the 50th anniversary of JFK’s assassination. As vice chairman of Riverkeepers, he has spearheaded the fight to restore the Hudson River, one of his many initiatives in the field of environmental law. Despite suffering from the speech disorder spasmodic dysphonia, Kennedy co-hosts the respected, syndicated progressive talk show “Ring Of Fire.” He is also the author of the best-selling “Crimes Against Nature,” which took aim at the George W. Bush administration.

Mizner’s Park’s Center Plaza, located in front of Lord & Taylor, will be grand central for holiday cheer tonight, as the Park will unveil its 47-foot Christmas tree and all of its 27,000 lights. Live music will be provided by the Shindig Band and talented music students from West Boca High School and FAU. Santa and Mrs. Claus have decided to fly down from the North Pole for the occasion, and there will even be stilt walkers and strolling carolers. While admission is free, it is recommended that you bring a donation for Toys for Tots; the Mizner Park Starbucks and the Dubliner will serve as drop-off spots.

Judging by the number of John Denver compilations or reissues that have stocked music shelves since the turn of the new millennium, you’d think the man was still alive somewhere, overseeing his second or third renaissance among the newer generations. This past spring saw the release of a John Denver tribute album, with artists such as Emmylou Harris, My Morning Jacket and Dave Matthews Band covering Denver’s songs, and now we have this theatrical spectacular, an evening of “memory and music” organized by Denver’s estate. “A Rocky Mountain High” promises the closest approximation of seeing Denver live, with video-projected footage of the legendary singer “backed” by live musicians from his original band on the Kravis Center stage. Let’s hope the posthumous frontman will keep to the set list.

This year, the organizers of Festival of the Arts Boca are announcing their forthcoming lineup in grand fashion: with this special screening/concert/reception hybrid. The documentary “I Am Not a Rock Star,” which charts the growth of young classical pianist Marika Bournaki from age 12 to 20, will make its Florida premiere tonight after successful showings at major festivals around the world. Bournaki herself will be on hand for a post-film performance, along with director Bobbi Jo Hart, who will participate in a Q&A. There also will be a cocktail reception. And, of course, the 2014 festival lineup will be announced at some point as well; we will have it for you Friday evening at bocamag.com.

The last in the storied line of Hustons – joining her grandfather Walter and father John – Anjelica may be cinematic royalty, but she comes across onscreen as a humble, warm and inviting master of her craft. Her first memoir,A Story Lately Told, captures the Academy Award winner’s childhood long before her success in movies – a coming-of-journey littered with celebrity cameos, horses, tragedies, love affairs and the birth of rock ‘n’ roll. She ends part one of her life story in 1973, on the cusp of Hollywood – leaving us wanting more, as the best performers do. Her appearance is one of the more expensive tickets at this month’s Miami Book Fair International, but expect to get your money’s worth.

Can you be a painter of secular art and still adhere to your religious principles? That is the question posed in “My Name is Asher Lev,” a theatricalbildungsroman based on the best-selling novel by Chaim Potok. The title character, a talented young artist, is placed in a position to choose between his paintings and pretty much everything else in his life: his family, his community, his faith. Aaron Posner adapted the stage play by truncating Potok’s novel down to three characters – the boy and his parents – for a literate and somewhat minimalist approach. Etai Benshlomo, a Broadway veteran, will take the lead in GableStage’s Southeastern Premiere of the show, while Avi Hoffman and Laura Turnbull – who happen to married in real life – play his parents. The show runs through Dec. 22.