Theater Review: Beauty and the Beast 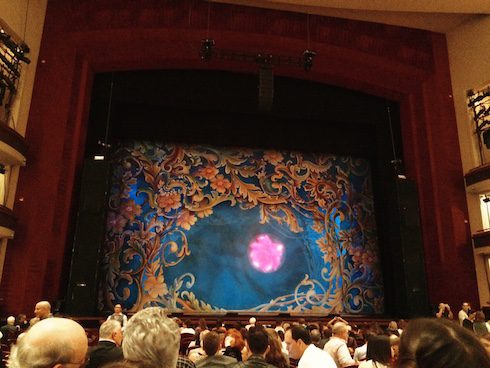 If you’ve poised yourself for the same enchanting, childlike Disney film played out on stage, you’re about to be sorely disappointed. This isn’t Beauty and the Beast as you remember it. It’s funnier, more captivating and jealousy inducing in the I-wish-I-wore-costumes-like-that-for-my-job kind of way.

While it uses the same lyrics and follows the same plotline – prince turns into the Beast, Belle’s father gets lost in the woods and ends up in the Beast’s castle, Belle comes to the rescue, et cetera, et cetera – there are subtle changes that turn the children’s film into an adult’s musical.

Not to say that the show isn’t suitable for kids: I watched the little girls in front of me clutch each other when Belle’s father was lost in the woods and push themselves up in their seats to get a better view of Belle’s yellow gown. But the choice of word emphasis, a few new scenes and the social commentary that sent laughter echoing throughout the theater were perfect additions for those whose dreams no longer entertain the notion of fairytales.

It’s hard to believe it’s Jillian Buterfield’s (Belle) first national tour. Her spectacular voice, supported by Ryan Everett Wood (Beast) and Cameron Bond (Gaston), was the perfect fit for the character. And while the three lead performances are worthy of applause, the supporting roles of Emily Jewell (Mrs. Pots), Kelley Teal Goyette (Madame De La Grand Bouche), Samuel Shurtleff (Cogsworth), Melissa Jones (Babette) and especially Patrick Pevehouse (Lumiere) made the show what it was: a hilarious musical worth driving through Miami traffic for.

Don’t miss the vibrant outfits, the layered Alice-in-Wonderland-esque stage sets and spectacular music by award-winning composer Alan Menken. Beauty and the Beast, directed by Tony-nominated Rob Roth, is playing at theAdrienne Arsht Center for the Performing Arts through Sunday, Jan. 4. Tickets start at $26 and can be purchased here.

The Arsht is located at 1300 Biscayne Boulevard, Miami.