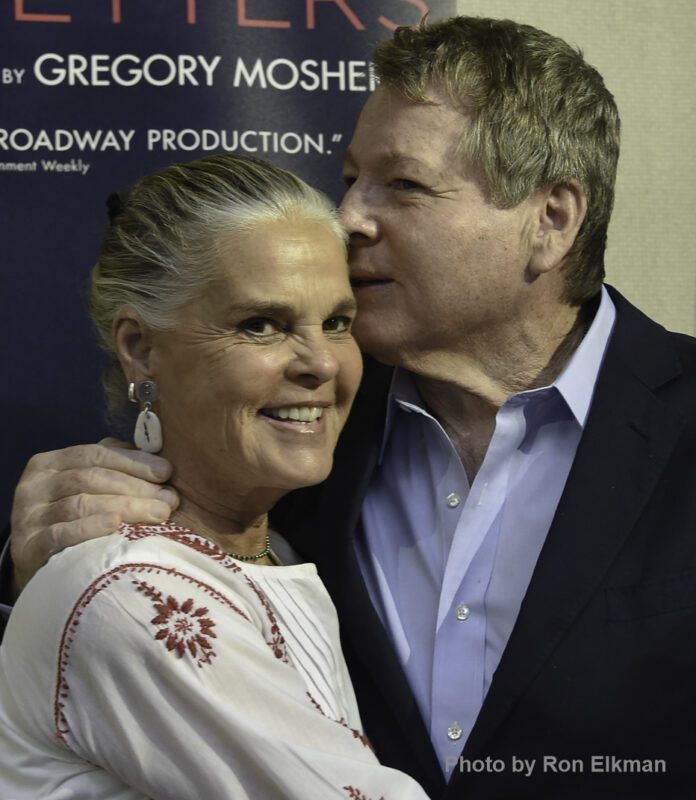 One of my favorite movie quotes comes from the 2009 romantic comedy “He’s Just Not That Into You,” in which Drew Barrymore’s character is complaining about modern love. “I had this guy leave me a voice mail at work, and so I called him at home, and he emailed me to my BlackBerry, and so I texted to his cell, and now you just have to go around checking all these different portals just to get rejected by seven different technologies,” Barrymore says. “It’s exhausting.”

All of this makes me long for a time when love letters were the best way to communicate with someone: tiny notes passed in the same room, a joke left in the other’s locker, even a long story sent across the country just because someone had to share the experience with you. This is exactly what makes A. R. Gurney’s 1988 play “Love Letters” so refreshing.

The play follows two people, Melissa Gardner and Andrew Ladd III, from their adolescent years through adulthood. Over the 50 years of their friendship, the two remain in contact through letters.

Both characters experience an array of life events. The two discuss everything from parties and weddings to addiction and death. While they both live separate lives and marry different people, their friendship is strong and stands the test of time.

A favorite among professional actors due to its short rehearsal time and lack of line memorization, the play has been performed by some of the greatest names of our time: Carol Burnett, Jane Curtin, Candice Bergen and Sigourney Weaver have all played Melissa, while Alan Alda, Christopher Reeve, Christopher Walken and Jeff Daniels have all played Andrew.

In the show’s current touring production, running now at the Broward Center, Academy Award nominees Ali MacGraw and Ryan O’Neal play the correspondents. You might recall the pair’s beautiful yet tragic romance in the 1970 classic “Love Story.” The duo still retains its magical connection 45 years after the film’s release.

Both actors, now in their mid-70s, have a commanding presence onstage. Of course, when lines do not have to be memorized—the actors’ scripts are in front of them the entire show—there are going to be a few flubs, but overall the two recalled the past memories remarkably.

At times, O’Neal seemed slightly uncomfortable onstage, and he did not seem to be focused on reacting to Melissa’s letters to Andrew. MacGraw, on the other hand, was a thrill to watch. She was engaged both in reading her letters and showing emotions to his letters.

In this intimate show, MacGraw and O’Neal are the only two performers, and they sit next to each other at a table the entire time, reading directly from their characters’ letters. There isn’t much physical action to speak of, but the stories really capture your interest—enough so that the next time you want to write to a friend, you might just send her some text the old-school way: with pen and paper.

The play is running at the Broward Center for the Performing Arts through Sunday, July 26 before taking the show to several cities from Boston to Beverly Hills over the next several months. For tickets, call 954/462-0222 or visit browardcenter.org.

Kevin Studer is a graduate student at Lynn University studying Communication and Media, who is interning at Boca Magazine this summer. When not in the presence of awesome journalism opportunities, he has a passion for all things Disney and Broadway. You can reach Kevin at kstuder@email.lynn.edu.