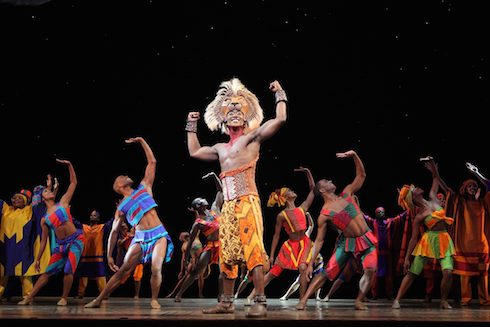 When it came to the set, costumes, makeup and music – The Lion King was an instant hit. The acoustics were excellent, the musical talent undeniable and the costume design innovative.

The show starts with a scene on Pride Rock for Simba’s presentation. Actors each dressed as three gazelles leap effortlessly into the air, birds of all sizes soar through the skies, giraffes twice the height of everything else on stage amble on by.

But when it came to the storyline and the acting, there was nothing fresh and new – nothing particularly extraordinary. Not that the actors are to blame – it’s a difficult place for them to showcase their talents given the sparse lines.

The musical was split into 20 scenes, featuring both music from the Disney movie and additional songs composed by Hans Zimmer (Gladiator, 12 Years a Slave, Interstellar).

The first act encompassed Simba as a cub, the second focuses on his adulthood. Several of the scenes involved periods where no words were spoken at all – drums beating, animals sauntering across the stage, lights creating silhouettes and scene-setting effects.

Visually and musically, the show was impressive. But after watching the hilarity of Beauty and the Beast and hearing rave reviews on The Lion King, it was mildly disappointing.

For those looking for entertainment for the night, this is a feast for the eyes and ears, but don’t expect a show that will move you to tears.