If anyone had any question whether the social season was in full swing in South Florida, this past week took care of all of that. Today’s Paige has a look at the mid-October Society Scene in Boca Raton!

Great energy and a sizzling Miami-style restaurant vibe took over The Boca Raton for the Oct. 19 grand opening of the Japanese Bocce Club. Exclusive to members of The Boca Raton Club and resort guests, the restaurant is the final of four new dining destinations on property in partnership with New York-based restaurant company Major Food Group. The bocce courts are beautiful as is the restaurant’s outdoor courtyard. The menu will be overseen by Chef de Cuisine Takao Soejima who joined The Boca Raton in 2008 and worked under Chef Masaharu Morimoto there for over a decade.

Derek Hough did not disappoint. He shook those hips. He cha-cha’d and winked and worked the crowd of 1400 (mostly) females at The Boca Raton on Oct. 21. An event that usually draws tears and hugs brought roars and shouts, and auction paddles tossed high in the air to earn a chance to dance with the Dancing with the Stars Celebrity Judge and Dancer. One lucky raffle winner and two lucky auction winners took to the stage with the dancing pro… and the rest of us are still dreaming of the opportunity.

I had a chance to catch up with Radiologist Dr. Kathy Schilling, Medical Director of the Lynn Women’s Health & Wellness Institute following the luncheon.

“We’re seeing hundreds of patients every single day, twelve months out of the year in a dark room in front of a computer screen by ourselves and sometimes you lose track of what you’re doing and what it means to the people you’re impacting. To come to this, and everything that goes on in this month really invigorates us,” said Schilling.

The Boca Chamber of Commerce celebrated 70 years of leadership and community celebrity-style with Hollywood glam shining bright on Oct. 15 at The Boca Raton. Chamber President & CEO Troy McLellan was also honored for his 25 years of service to the organization. Board Chair Jackie Reeves and former Chamber President Mike Arts thanked the many businesses in attendance and toasted the year ahead!

The Great Masquerade took over one of the greatest event rooms of all time as the Boys & Girls Club of Boca Raton held its 4th Annual Securing Our Future Soiree in the Cathedral Room of The Boca Raton on Oct. 20. The event supported the Boys & Girls Club of Boca Raton’s effort to fight hunger and provide an even stronger after-school community for the hundreds of underprivileged children and families it serves. The Dreamer Dance Team from the club performed for the crowd and was a huge hit!

Hold an event at one of the largest multi-brand luxury retailers in the U.S. and chances are you’ll find a great group of gals! That was definitely the case on Oct. 19 at Impact 100 Palm Beach County’s Fall Kickoff at Neiman Marcus Boca Raton. They came. They saw. They inspired and they shopped! The event launched the 2022-2023 Membership Year, reunited current members and provided an educational opportunity for potential new members. Impact members each contribute $1000 annually and award $100,000 grants to local non-profit organizations.

And they’re off! The newly formed Leadership Committee for Place of Hope at The Leighan and David Rinker Campus is off and running. Under the leadership of Elegant Child owner Rebecca D’Emic, the volunteer group consists of next generation ambassadors to help the Board and Angel Mom volunteers advance the nonprofit organization’s mission into year 10 of serving children and youth in need. Place of Hope campuses in Palm Beach County and on the Treasure Coast provide programs and services to children, youth, single moms and families to end the cycles of abuse, neglect, homelessness and human trafficking in South Florida.

Follow Today’s Paige the Podcast and Blog at www.PaigeKornblue.com and @PaigeKornblue for Community, News, Travel and more! 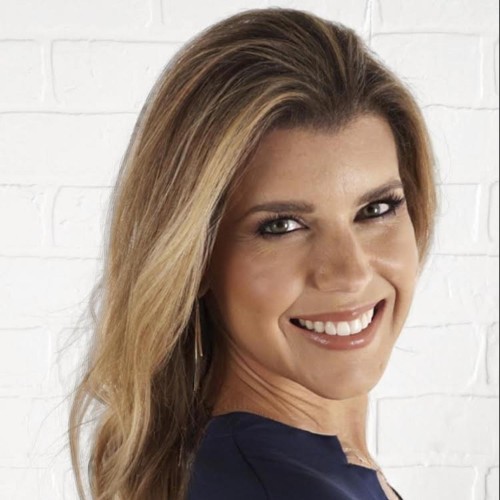