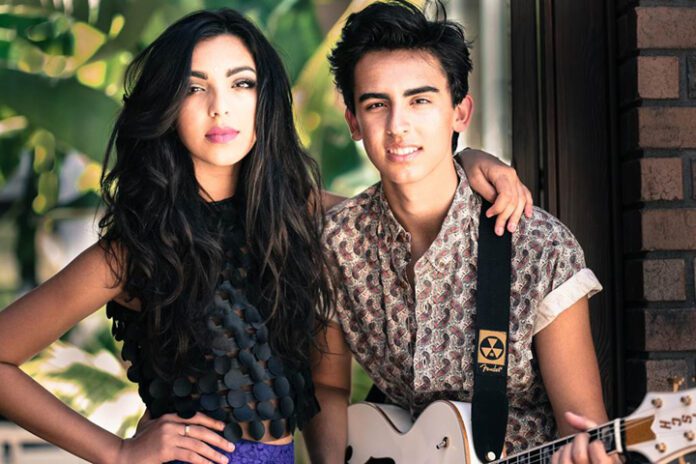 How does it feel to take the stage on NBC’s “America’s Got Talent?” Boca residents Brandon and Savannah Hudson, the teen singing duo currently based in Los Angeles, take readers behind the scenes:

Brandon: “Last spring, we were coming off a big tour and our fan base was growing. My mom got a message from an executive from AGT who said they were interested in having us on the show.”

Savannah: “One of the producers had seen one of our performances. So they asked if we’d come in for a private pre-audition. We auditioned and a couple of weeks later we were told we’d be invited to the shows in Las Vegas.”

Savannah: “We had rehearsals twice before performing in front of the live audience. It doesn’t hit you until you start the song. … You look out and see the four judges first, but then you look up and see more and more and more people, and you’re just freaking out.”

Brandon: “We became close friends with many of the contestants. We all stayed at the same hotel, so after the rehearsals and performances we’d have a big party in the main hotel. Backstage, it was less of a competitive vibe and more like, ‘Let’s all have a blast and whatever happens happens.’”

Savannah: “It’s basically an all-day process. You have morning call time, you eat breakfast on the set, you go to wardrobe, go to hair/makeup, then you have a dress rehearsal, and then you just sit backstage in your costume waiting for everyone to go.”

Brandon: “I remember being backstage before the TV rounds, we had like 12 rehearsals to practice with the producers. We were told to change things like every other time. We learned so much. It was more about the way we performed for the song; learning new moves, playing to the camera and how to perform on stage. …

“When you’re on tour, you play to a different crowd every night. You have to know how to appeal to each different crowd. How do you get them going. We learned about how to get a crowd going in different ways, but we also learned different performance strategies.”

Savannah (on being criticized by judge Mel B for wearing attire she deemed inappropriate): “Everyone is entitled to an opinion. I just say, be who you are. Dress how you want people to see you. I appreciate [Mel] telling me that, but I am who I am. … I thought it was great that Howard Stern was the one who stuck up for me.”

Savannah: “We learned about true professionalism. You had to be attentive, you had to be on set an entire day, we worked with people who are huge in the industry, and we performed in front of America. We took so much from the experience.”