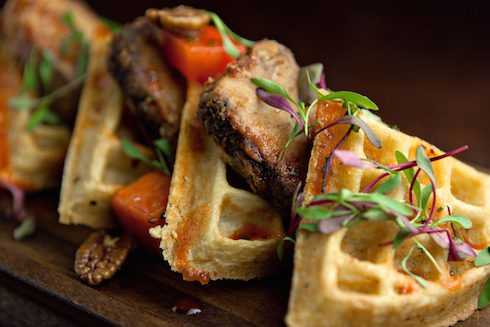 Here’s more info and resources from the feature on Southern cuisine in the September/October issue of Boca Raton!

If you want to learn to cook Southern food, delve into the many cookbooks worthy of bedside reading, which is always the mark of a great cookbook.

Edna Lewis, the granddaughter of a former slave, wrote the definitive cookbook that revived Southern cooking in 1976, The Taste of Country Cooking. Lewis was sometimes called “the South’s answer to Julia Child.

John Egerton’s 1987 book, Southern Food: At Home, on the Road, in History, is considered to be a comprehensive take on Southern cooking with recipes—and the important connection to their places in the South.

Mastering the Art of Southern Cooking, by Natalie Dupree, a PBS favorite, takes readers into the kitchen for lessons in techniques and ingredients in more than 600 recipes. The Lee Brothers, Ted and Matt, produced The Lee Bros. Southern Cookbook: Stories and Recipes for Southerners and Would-be Southerners in 2006.

A new cookbook from our own Lee Brian Schrager, founder of the South Beach Food and Wine Festival, was just released. Fried and True: 50 Recipes for America’s Best Fried Chicken and Sides pays homage to the one Southern food with universal appeal. Plenty of versions are here for the choosing, along with techniques.

Crispy chicken is just one Southern food that’s recaptured America. Watch for its cousin, Country Captain, the curiously Moroccan-style curried chicken stew to reemerge. Sweet potato casserole, a staple of Southern Thanksgiving tables, comes under the label “sweet potato mousse,” ostensibly so they can charge extra for it.

Sweet onion pie—made famous in a recipe published years ago by Southern writer Eudora Welty—has shown up under several labels as onion flatbread, quiche or foccachia. It’s taken from the French pissaladiere – and sounds more expensive that way.

Suddenly, crab is back—whether from a cost standpoint or chefs looking to unusual seafood dishes. Along with crabcakes (now set on fried green tomatoes and served with a buttermilk dressing), deviled crab, baked crab dip and the vinegary West Indies salad famous along the Gulf Panhandle region shows up as a crudite.

Cornbread salad has reappeared. The pot-luck favorite, a layered salad meant to use up leftovers of vegetables, greens and topped with cheese, finds its way back as a chopped salad version with crispy cornbread croutons and house-smoked bacon or pickled shrimp.

Also back, though it never left for some: Bourbon. It’s one of the hottest selling liquors in America, with top-shelf varieties and small-batch bourbons taking over from old-timers. Manhattans, juleps and simply bourbon and branch are what’s at the bar