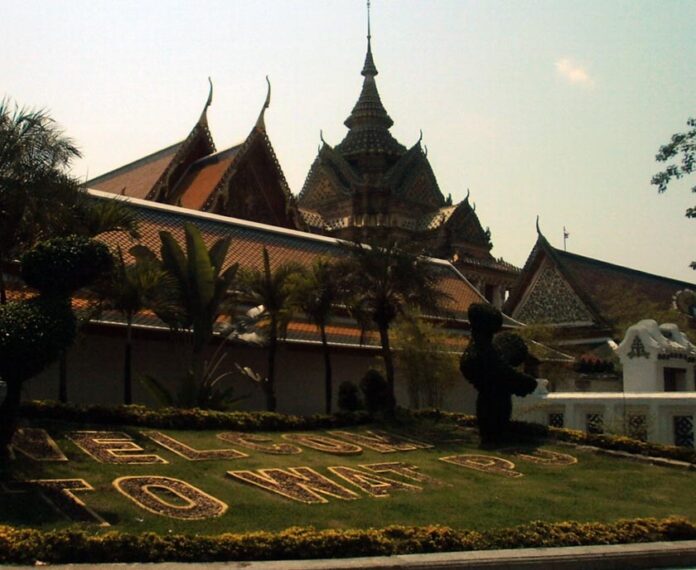 There are numerous wats that will compete for a first-time tourist’s attention, but trying to fit in all the major temples will be overwhelming. Here’s a look at three not miss.

Wat Pho: Thailand’s oldest wat, dating back 200 years before Bangkok became Thailand’s capital, Wat Pho is known as the Temple of the Reclining Buddha for its towering gold-plated rendering of the Buddha at rest. The statue is 150 feet tall and is surrounded by floor-to-ceiling murals; its beauty cannot be translated into words.

Wat Arun: This phallic Bangkok tower built before 1767 reaches 216 feet in height, and Superman would have trouble bounding its difficult stone steps. Festooned with pieces of colored glass originally broken from decorative plates, the edifice glows like spun gold at nighttime.

The Temple of the Emerald Buddha: Housed in the glorious Grand Palace in Bangkok’s historic district, this is considered the most sacred statue in Thailand. Photography is prohibited, and the king of Thailand is the only person permitted to touch it. Carved from a single jade stone, it’s small in scale, at just 26 inches, but it is perched atop countless glorious offerings.

Spend a couple of minutes with John Gray, and you’re likely to hear his signature phrase: “I’ve got a story about that.”

The Hemingwayesque Gray was born in California and spent much of his adult life in Hawaii. He moved to Phuket in 1989, and in a limitless career, he’s worn countless hats: Journalist (first published at age 12), explorer, surfer, Emmy-winning filmmaker, concert promoter, business owner. He has a story about everything, whether it’s predicting the 2004 Indian Ocean tsunami and saving lives in the process, confronting a humpback whale face to face while kayaking, or trekking for hours on an elephant after finding himself trapped in an uncharted gorge. He tears up when sharing a story about a franchise sea canoe business in Fiji, which built a school for needy children on the profits of Gray’s idea.

At 68, he still lives to explore the unexplored and film the unfilmable, including a recent, enviable assignment to shoot inside the king of Thailand’s Grand Palace. He’s a legend on the island, and his influence is vast, but he still lives in a humble 550-square-foot hovel and has “never had a hot shower.” If only every Very Important Person were this warm and inviting.