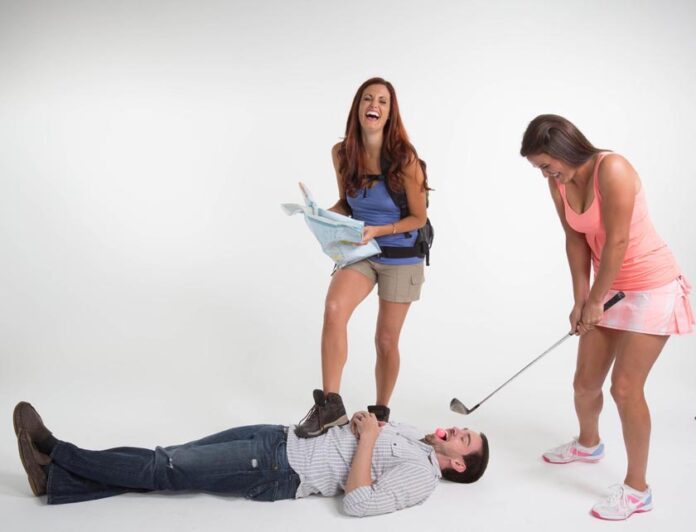 • “If you said something controversial, they used it. But they never encouraged us to start fights with another competitor. Whatever plays out, they figure out a way to make it into the best TV possible. … My goal was not to say anything negative about anybody, and that’s tough when you want to win so bad.”
• “I knew what I was signing up for. They pick girls for a reason; there are certain looks that they want. We’re instructed to bring our bathing suits, and we’re spray tanned, and pictures are taken. … I’m very comfortable in my body, so I wasn’t worried about that. I don’t think they exploit the girls [on the show].”

• “You get to the task, and you get the idea, but you don’t know exactly how you’re supposed to do it. Once, in Australia, we had to build this mural out of rocks. Then we had to dance on the mural. But the locals demonstrating the dance weren’t dancing on the mural. We spent so much time dancing around the mural. We had no idea, and it’s not like someone is there to tell you, ‘You’re sooo close!’”
• “One thing I really got from the Race in terms of the way I travel is to root the experience in something local and natural. When I traveled to Africa, for example, I planted trees in an underprivileged community. You realize how significant it is to interact on a local level and establish a real connection. On the Race, when you’re doing these very cultural tasks, you do connect with something very deep in that community.”

• “The producers told us, ‘If you want the camera to focus on you, you have to talk, you have to be interesting.’ So I decided to make fun of the other contestants. I was the villain. There was an ex-Hooters waitress on the show. So I said I didn’t think she’d complete the stunt because she was blonde—and her chest would get in the way. … There was a little short guy, a debt collector. I asked him if we needed to get some phone books for him to sit on so he could reach the pedals of the car.”

• “I’d play ‘American Idol’ in my garage as a kid. I’d even draw pictures with five rows of four heads on each side, give them all numbers, and create my own Idol competition.”
• “I think being on Idol for those nine months, I had to work with other people, I had to deal with the public, I had to deal with good opinions, bad opinions. By the time the show was over, I no longer had time for bullshit. I had to focus on charity work. I started working with producers. I was writing music. … Even though the songs didn’t get me anywhere, the whole process of learning how to be an artist and learning how to write with other people took my focus away from what didn’t matter, and brought it to what did matter. And that’s my dream. I have a God-given gift, and I want to share it with the world.”

• “In reality TV, one way to get on a show is to be outrageous, or be the villain. In my case, my personality is naturally strong. I didn’t have to act. That was the twist they needed.”
• “I prepared myself for [negative feedback on social media], because the comments will make you crazy. There were comments about my hair, my nose, that I look older than I am. … It’s made me very cognizant about judging people. Where before I might have seen someone at the store and thought, ‘Those socks don’t go with that outfit,’ now, there’s no more judgment for me. I learned that from television. I got judged for everything. Every little thing.”