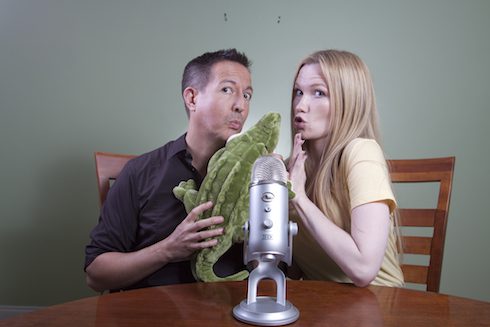 We asked Camilo Fontecilla, one-half of the great Florida-centric podcast The SunShame State (and the subject of our “Take 5” interview in the December issue), to spread the love, and provide a few examples of great South Florida podcasts for your clicking-and-listening pleasure. Problem is, he could only find one local show—Casa de Haha—that met his exacting standards (which are usually our standards, too, so we don’t blame him). But he was kind enough to offer four more recommendations outside the SunShame—er, Sunshine State.

Casa de Haha: Miami comedian and broadcasting entrepreneur Daniel Reskin plays host to local comics for a relaxed and frequently amusing conversation. It’s a great sampling of the local comedy scene, with the added bonus that if you want to see more of someone, it’s easy to find them performing at clubs in our area.

International Waters: Comedian Dave Holmes hosts a panel of two U.K. (sometimes Canadian, sometimes Aussie) comedians and two U.S. comedians, and pits them against each other in a quiz show to determine which is “the best country in the world.” The quiz is beside the point, as the format frequently devolves into hilarious trans-Atlantic silliness.

How Was Your Week? with Julie Klausner: Comedian/writer/actress/funny gal Julie Klausner gives a weekly roundup of the best in pop culture. She tackles everything you need to know, from must-see TV to celebrity gossip. Her guests are a who’s-who of comedy, culture writing and New York society. She’s cheeky, smart as a whip and a great interviewer.

Mystic Party!: Siblings Brea and Zane Grant are paranormal enthusiasts, and they just happen to have a lot of friends with monster problems. From a ghost stalker to unwelcome mermen, the Grants are here to solve anything spooky or freaky. Episodes kick off with real paranormal news, but quickly spiral into silly “What if…” scenarios.

Jordan, Jesse Go!: Completely banal and puerile, this show levitates on the endless well of pop-culture references and split-second cracks provided by co-hosts Jordan Morris and Jesse Thorn. Their reasonable fame in the comedy world brings in a rotating cast of certifiably funny guests, but little to no time is spent on career recaps when there are so many awkward personal moments to discuss.