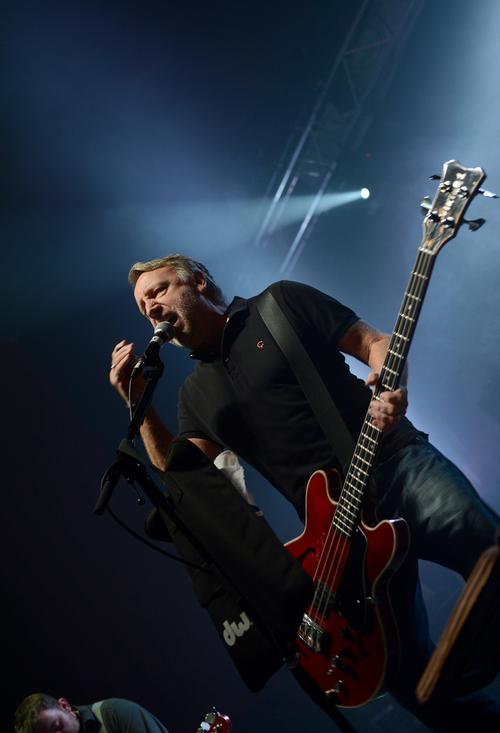 Delray’s GreenMarket reopens for summer, Respectable Street toasts 31 years with 31 bands, and a women’s film festival takes over the Crest Theatre. Plus, James Judd, Summer Shorts, a Funky Buddha Brewery bash and more in your week ahead.

The best film festival ever named after a nutrition bar, Lunafest continues its quest to trumpet works by and about women, with messages that resonate with all audiences. Now in its 18th year, the traveling festival of short films is as powerful and eclectic as ever, with nine films running the gamut from narrative to documentary, live action to animation, foreign to domestic. Among the 2018 entries: The startlingly primitive animation of “Last Summer, in the Garden” ushers in a dreamlike journey through death and rebirth; “Waiting for Hassana” revisits Boko Haram’s 2014 kidnapping of 276 teenage girls; and “Joy Joy Nails,” set in a Korean nail salon in Connecticut, explores competition and surprising revelations. The ticket includes one drink and a dessert reception following the screening.

What: Art After Dark: Artists Who Loved Paris

This week’s Art After Dark festivities in the Norton are all about the City of Light, beginning at 5:30 with Spotlight Talks about Picasso’s “Head of a Woman” and Brancusi’s “Mademoiselle Pogany II.” Later in the evening, Norton staff will discuss other important Parisian works from the Norton’s collection, including those by Renoir, Matisse, Braque and Courbet. There will be an artist-led Plein Air Soft Pastel Workshop between 6 and 8, where visitors can learn to paint like a true Impressionist. The French Horn Collective, an adventurous trio with an oeuvre spanning French gypsy jazz, classic French songs and original, Euro-inflected music, closes the night in the courtyard. Enjoy these great events while they last: Remember, the Norton closes in mid-July and will only reopen, in grand fashion, in February 2019.

What: Opening night of “Summer Shorts”

The South Florida summer theatre season unofficially kicks off this week with the return of “Summer Shorts,” the region’s most acclaimed short-play festival, now in its 23rd year. The fast-paced 90-minute program of 10-minute plays, dramas and musicals includes stories both touching and outrageous. Premieres include Scott Gibson’s “Ailurphobia,” about a feisty cat that disrupts a couple’s romantic evening; “Bloodbath at the Fillmore,” about a writer in a mid-life crisis who expresses his angst at a reading; “Covenant ( … or bagels and butchery),” a comedy about a bris; and “Melto Man and Lady Mantis,” about the workaday drudgery facing a pair of monstrous fiends. The production, featuring a customary all-star lineup of South Florida talent, runs through July 1.

In the sweltering months, Delray’s famed GreenMarket is about half the size of its high-season counterpart, with 30 vendors instead of 65, and a three-hour weekly duration instead of five. But we’re thrilled that, unlike most communities, we have a summer market, period. This marks the third year of, hopefully, many more for this CRA initiative, which bolsters attendance to Delray during the sleepy off-season. It also supports a neighborhood on the rise: Instead of Old School Square Park, where the Winter GreenMarket is situated, the summer version takes place in the heart of The Set, a historic but emerging corridor between downtown and I-95. After you pick up your artisanal dog food and oil-scented soap and raw pistachio paste and organic asparagus, take a stroll around the community, where local leaders are hoping to establish a groovy, work-live-play hub.

The world has enough comedians and actors. But humorists and monologists? Those personalities are a rarer breed: Think Spalding Gray, David Sedaris and this whirling dervish, NPR personality James Judd, who makes a living memorizing his misadventures as a banned journalist and turning them into hilarious spoken-word recollections performed at a whiplash pace. His stories include “accidentally” winding up in a Chinese brothel, and imagining a shark’s dive off the coast of New England.

West Palm Beach has undergone myriad changes in the past three decades, but Respectable Street has weathered them all, remaining the alt-rock and goth head’s No. 1 hangout north of Fort Lauderdale. As always, the immortal lounge will celebrate another year in business with its annual block party, bringing 31 bands to six stages in the bustling 500 block of Clematis Street. You’ll want to stay up late for the main stage headliner, Peter Hook, the bassist for Joy Division and New Order. He keeps the flame of these legendary acts alive with his note-perfect re-creations of their hits and deep cuts. He’ll play a bit of both at this show, performing Joy Division’s final studio album Closerand New Order’s classic compilation Substancein their entireties. Meanwhile, at the Respectable Street main stage, national act (by way of West Palm Beach) Surfer Blood headlines. Visit the venue’s website for the complete band list.

Speaking of anniversaries, Funky Buddha’s Oakland Park brewery has been at the forefront of sudsy inspiration for five years, with no signs of slowing its prolific output. Toast the brewery’s success at this all-day shindig, perhaps with a concoction created just for this event: the “Five Years On It DIPA,” a citrusy IPA featuring five fruit juice flavors. Bottles of it are $5.55 each, and when they’re gone, they’re gone. It’s among the 50 flavors available for the celebration, including FB’s addictive Maple Bacon Coffee Porter. The food trucks Chacos Tacos and Bae’s Burgers and Grilled Cheese will be on site, and Spider Cherry, Sosos and Randy Bernson with Julius Pastorius will provide live music all day and night.