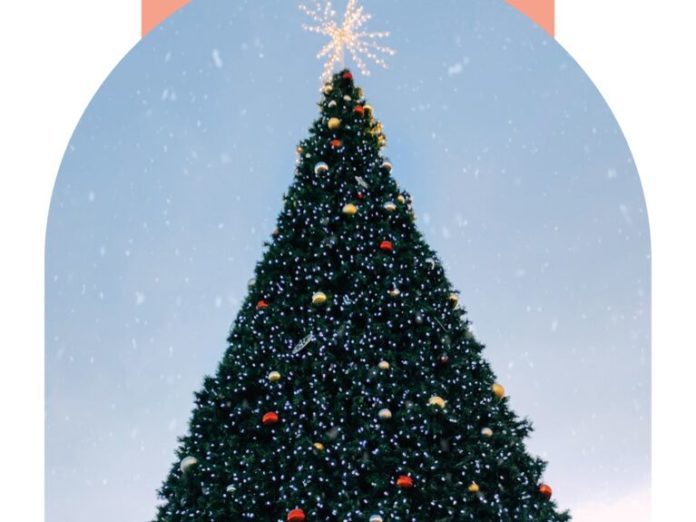 Enjoy two weeks’ worth of curated event previews, to account for our staff’s holiday break! Get “Merry in Mizner” one last time, and ring in the New Year with cabaret and Cowboy Mouth. Plus, a Dolly Parton musical, a masterful Iranian movie and more in your week ahead.

What: “Tap Dancing Through Auschwitz”

Playwright Tyler Ellman was a high school senior when he experienced a life-changing journey to the Auschwitz and Birkenau concentration camps on Holocaust Memorial Day. This rite of passage, known as the March of the Living, left such an understandable impact on the young writer that he emerged, years later, with a play founded on a similar premise. His new work “Tap Dancing Through Auschwitz” follows five contemporary high schoolers as they embark on their own March of the Living, and are unprepared for the horrors they will confront. An original production in collaboration with Boca’s Barclay Performing Arts, “Tap Dancing Through Auschwitz” doesn’t shy away from traumatic content but doesn’t wallow in darkness, either; infused with modern and edgy teen dialogue, it thrives in the grey areas between light and dark, and suffering and hope. If you can’t make it Thursday evening, there will be an encore performance at Arts Garage at noon Dec. 24.

What: Opening day of “Holy Spider”

This brave and unnerving drama from Iranian director Ali Abbasi feels ripped from that country’s ongoing headlines. Zar Amir Ebrahimi plays Arezoo Rahimi, a secular-leaning investigative journalist who travels to Mashhad, Iran’s second most populous city, to report on a series of murders. Director Abbasi doesn’t keep the killer a mystery: His name is Saeed, a construction worker and married father of two, who moonlights as a killer of prostitutes, believing he’s doing Allah’s work by ridding the streets of its impurities. In presenting both Saeed’s and Arezoo’s perspectives, Abbasi offers a vision of Islamic nationalism in which a lone psychopath’s murderous doctrine isn’t far from the harsh punishments of the Morality Police. Meanwhile, the country’s religious establishment, despite Arezoo’s meddling, might just prefer to let this criminal avenger complete his work. Equal parts gripping true-crime saga and seething social commentary, “Holy Spider” is an Oscar contender for Best Foreign Language Film, and one of the year’s best movies.

What: Merry in Mizner

Continuing its tradition of offering free holiday festivities, Mizner Park has been welcoming pop-up entertainment each Friday evening in December. This weekend marks the final “Merry in Mizner” event, meaning it’s your last time this year to be delighted by talented artists while strolling the manicured grounds of our favorite shopping and dining playground. You may encounter stilt walkers, cirque acts, poi performers (aka flaming staffs!), carolers, holiday musicians, and giant inflatable winter characters. An interactive letter booth, snow flurries and photo ops complete the experience.

What: “Here You Come Again: How Dolly Parton Saved My Life in 12 Easy Songs”

This love letter to Dolly Parton, scripted by Bruce Vilanche, Gabriel Barre and Tricia Paoluccio, is set during the early days of COVID, where Kevin, a struggling New York comedian nursing a breakup, finds himself quarantined in the attic of his parents’ house in Longview, Texas. If that sounds like a miserable place to spend a miserable time, at least he has Dolly—in more ways than one. In the show’s magical-realist touch, Kevin puts on a Parton record and the Real McCoy springs to life in front her in the form of Paoluccio, a deft and uncanny Parton impersonator, with the looks and range to match. Despite the title of the musical, Paoluccio plays no fewer than 15 of Parton’s greatest hits, while dispensing southern-fried advice to help Kevin make it through his rough patch. Perhaps the best review of “Here You Come Again” is the fact that Parton herself has given the show her imprimatur.

Next weekend marks the Wick’s first New Year’s Eve gala since it installed its immersive video technology this past fall, and the company is pulling out all the lavish stops. The evening begins with a cocktail hour in the new Museum Club, followed by a four-course, chef-curated meal by top toque William Walden featuring such delicacies as carved chateaubriand and butter-poached lobster. While dining, attendees can watch New Year’s Eve celebrations from around the world on the Wick’s wrap-around projection walls. At 10:30 p.m. on the main stage, Broadway, film and TV star Erich Bergen (whose credits include “Chicago,” “Waitress” and “Jersey Boys”) will perform an eclectic cabaret set stretching from Frank Sinatra to Michael Jackson, interspersed with stories from his career and backed by a live band. A midnight balloon drop and Champagne toast, followed by an after-party, keep the fun going well into the early hours of 2023.

A small room with big ambition, the Funky Biscuit adds another name to its prominent roster of first-rate bookings with this New Year’s Eve extravaganza from Louisiana rock veterans Cowboy Mouth. In one of the rare cases of a drummer doubling as lead vocalist, singer Fred LeBlanc co-founded the enduring quartet during the grunge heyday of the early ‘90s but quickly pursued his own musical avenues, with a sound that suggests Dead Kennedys as much as Muddy Waters and Cheap Trick. All of the table seating at the Funky Biscuit is sold out, but quite honestly, standing room sounds about right for Cowboy Mouth: The live shows are so infectious, and dancing and pogoing are so encouraged—LeBlanc says “we try to turn [our performances] into New Orleans during the middle of Mardi Gras”—that seats can seem awfully limiting.