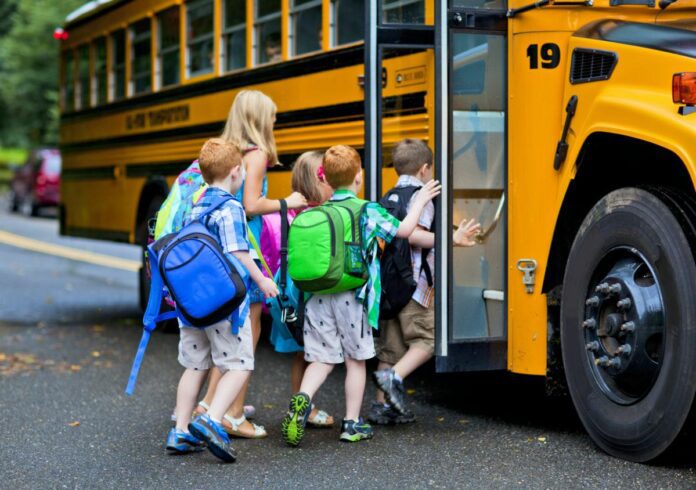 Palm Beach County’s public schools will open later and online only, if school board members have their way.

After a meeting that began Wednesday at 2 p.m. and lasted for more than 10 hours—with almost five hours devoted to recorded public comment—the board voted to delay past the planned Aug. 10 opening date. Board members won’t choose an alternate date until next week, but Aug. 31 seemed the most likely.

Presumably, board members believe that the longer they wait, the less time students will have to spend in distance learning. That presumption, however, depends on the county moving soon into Phase 2 of Gov. DeSantis’ reopening guidelines. That’s not a given.

Under the guidelines, Phase 2 comes only “when there is no evidence of a rebound or resurgence of COVID-19 cases.” The county is far from that point. That’s why, despite many comments urging board members to reopen campuses, the board will maintain virtual classes. That was Superintendent Donald Fennoy’s recommendation.

Those speakers correctly noted the comparative weakness of distance learning compared to in-classroom instruction and the strain on working parents. But with cases rising so rapidly and the state still lacking a solid contact tracing system, the board had little choice. Forcing older teachers into potentially unsafe conditions could cause many teachers to quit.

Chief Academic Officer Glenda Sheffield said the new version of distance learning would be “more robust.” The district also is working with private companies to create wifi hotspots for students who lack Internet access. A delayed opening will allow district officials to finish improvements to the distance learning system.

The district must present its plan to the Florida Department of Education by July 31. The department then could reject it. That’s where the politics that emerged before Wednesday’s meeting could come into play.

As I reported, Board Chairman Frank Barbieri said Florida Surgeon General Scott Rivkees had ordered County Health Director Alina Alonso not to write a letter recommending against reopening campuses. Education Commissioner Richard Corcoran has issued an order requiring on-campus instruction, but it is subject to “advice” from local health officials.

So this is far from the end of the story. I’ll have more next week.

Boca Raton Regional Hospital had 68 COVID-19 patients as of Tuesday.

A spokesman provided the information at my request. Under Gov. DeSantis, the Agency for Health Care Administration (AHCA) still is listing only availability of adult intensive care beds by county and hospital, not the number of virus patients. A DeSantis spokeswoman said more than a week ago that the COVID-19-specific information would be available “in a few days.”

According to the Boca Regional spokesman, “Only a small percentage of these patients are currently occupying ICU beds.” The ACHA website shows 25 adult patients in ICU beds with 16 available. The spokesman confirmed that Boca Regional is at “30-plus percent” ICU capacity.

Because of mistakes on the ACHA website, I previously had reported that Boca Regional was much nearer ICU capacity. Despite that available space, Chief Medical Officer Sam Fahmy told the South Florida Sun Sentinel that COVID-19 patients had increased by 600 percent in the last month.

“We have surge plans in place,” the spokesman said, “that allow us to increase our bed capacity as needed.” Critics have said that DeSantis refuses to post specific information because he doesn’t want the public to sense that the pandemic is worsening.

Here’s another sign of how the COVID-19 pandemic is affecting business: Crocker Partners has hired a director of environmental health.

According to a news release, Dr. Walter Okoroanyanwu, who holds a master’s in public health and an MBA as well as his medical degree, will “develop a program that will ensure that Crocker’s properties meet the highest standards for safety and sustainability.”

Crocker owns the Boca Raton Innovation Campus—the former IBM headquarters—and several large office buildings in the city. There has been much speculation about the pandemic’s long-term on commercial property.

Managing Partner Angelo Bianco acknowledged the new reality. “As office property owners and developers,” Crocker said in the release, “there is only so much we can definitively know about the best methods to protect our tenants, visitors, and employees from COVID-19, and we knew that we needed that expertise as a long-term part of our organization.”

Crocker wants Okoroanyanwu to develop a health and wellness for the company’s 11 million square feet of property. According to the release, the company created a task force to examine such issues as air quality and disease risk mitigation.

As with other major commercial entities, such as the Boca Raton Hotel & Resort, the effort is not just temporary. Okoroanyanwu said. “The pandemic will likely go away eventually, but the importance of being prepared will not.”

Boca Raton has received $1.1 million in reimbursement from the Federal Emergency Management Agency for expenses related to Hurricane Irma in 2017.

The city actually submitted $5.7 million worth of expenses—overtime, debris removal, etc.—but FEMA withheld $4.6 million. FEMA officials claim that Boca Raton overcharged the agency by that amount for expenses related to Hurricane Wilma in 2005.

City officials disagree, and they twice have appealed unsuccessfully to FEMA. A city spokeswoman said the issue is “on the radar of our elected officials and lobbyists. If there is a new opportunity to recover the funds, we’d pursue it.”

On Monday, the Delray Beach City Commission met in executive sessions with its attorneys to discuss three lawsuits by former employees. Here is where all that litigation stands.

Former City Manager Mark Lauzier is scheduled to give a deposition on Aug. 25. The commission fired Lauzier in March 2019 for allegedly violating the city charter through certain hires and salaries. The action happened on short notice without the commission allowing Lauzier to offer a defense.

A judge dismissed one of Lauzier’s two counts. The judge also denied the city’s attempt to recover attorney fees. Lauzier is seeking damages.

The other two lawsuits come from Michael Coleman and Jamael Stewart. They had been the top two officials in the Neighborhood and Community Services Department. Then-Interim City Manager Neal de Jesus forced them out 13 months ago, allegedly over problems with grants that the department awarded.

Though their cases are separate, Coleman and Stewart both accuse Assistant City Manager Suzanne Fisher of ordering a “sham investigation” of the department. De Jesus promoted Fisher to the assistant’s position about three weeks after Lauzier’s firing. The city referred its investigation to the Office of Inspector General, the State Attorney’s Office and the county’s Commission on Ethics. None has released a finding.

Last September, a judge denied the city’s motion to dismiss Coleman’s lawsuit. The same happened with Stewart’s lawsuit. Each is seeking damages and reinstatement, among other remedies. De Jesus’ deposition is scheduled for next week.

Meanwhile, Fisher is at the center of the commission’s case against City Manager George Gretsas. She told an outside law firm that Gretsas created a hostile workplace for female employees and sought to fire her in retaliation for making that complaint.

The city commission would have to approve any settlement of these lawsuits in a public vote. The commission’s next meeting is Tuesday. No agenda had been posted as of Wednesday afternoon.

The new date is Oct. 26, another five weeks after what had been the previous date of Sept. 21. Because of COVID-19 restrictions, jury trials were cancelled for several months. It has been 27 months since Haynie was charged with seven counts of public corruption. She has pleaded not guilty to all the charges.