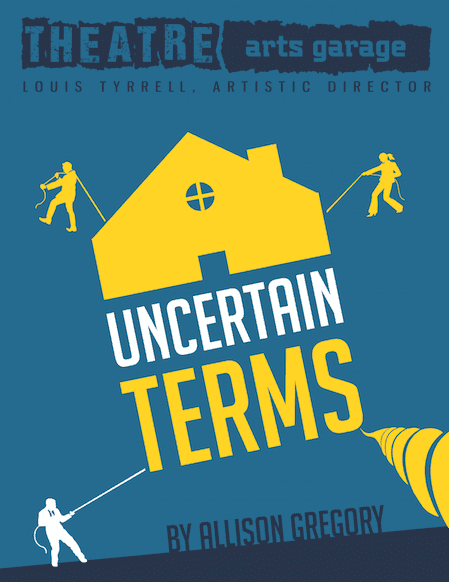 From dog days to bacon and bourbon, this season has a host of entertaining diversions.

About: Playwright Allison Gregory had finished the first act of her latest Great American Play when she found herself in a creative mire: No second act was materializing. Then, like providence, an idea for an all-new play hatched outside her house. A hermetic neighbor, who had been living alone on the now-depleted trust fund of his late partner, was being thrown out of his domicile, sulking in an armchair on the front lawn. “The children [of the late homeowner] were having to foot the bill for him, pay his taxes and utilities. It was sad and kind of funny,” Gregory recalls. “I started weaving a play around that insight. I took that exact situation and made up the dynamics and conflicts within the family and outside the family, and the house itself became a character to me.” The result is “Uncertain Terms,” a play that has received glowing reviews in workshop productions, and which will receive its world premiere at the Theatre at Arts Garage. In this case, the obstinate houseguest is an ex-husband of main character Dani, forcing the couple to reconvene and unpack family baggage, while dealing with the fickle real estate market of recession-era America.

Where: Delray Center for the Arts, 51 N. Swinton Ave.

About: Every now and then on Broadway, a four-legged actor will perform with such verisimilitude that you hope the board of the Tonys will add “Best Performance by a Canine” to its awards the following year. Sandy, the terrier mix who costarred in 2,377 performances in “Annie,” was one such pooch. The man who discovered Sandy, Bill Berloni, was a 19-year-old theater apprentice whose job consisted of building sets for summer stock companies. He rescued Sandy from the local pound, paid $7 for him, and launched the careers of both the man and his best friend. Berloni has become the American media’s impresario of animal thespians, providing animals for hundreds of films, TV shows, commercials, theatrical productions, even a New York City Ballet performance. He’s worked with everything from cockroaches and butterflies to elephants and giraffes, along with countless dogs and cats liberated from kill shelters. The winner of a 2011 Tony Award for Excellence in Theatre will visit Delray Beach, with a canine companion in tow, to discuss his memoir, Broadway Tails.

About: Speaking of dogs, Cesar Millan knows them better than pretty much anybody else on the planet. He probably knows your dog better than your dog knows itself. The world’s most famous dog whisperer is a self-taught canine guru whose best-selling manuals have sold more than 2 million copies across 15 countries. His live shows will hope to prove that he can be just as compelling without the presence of anxious, erratic, soon-to-be-tamed four-legged friends. Millan, who has fought with issues of divorce, depression and attempted suicide in recent years, will address his values, principles and methods in conversations that have been described as more spontaneous than his rigidly formatted TV show. And perhaps you can even pick up some of his exclusive products, like the Funny Muzzle and Cesar’s Dog Backpack.

About: Long before South Floridians had any other reason to stop in the sleepy outpost known as Delray Beach, they still came in droves for the Delray Affair, the prescient art festival that first spread its canvas across Atlantic Avenue in 1962. More than half a century later, it’s still growing strong, it’s still stopping traffic, and it’s still a marathon for organizers, artists and attendees alike: a sprawl of 12 city blocks that proudly bills itself as the largest arts and crafts festival in the southeastern United States. Visitors can expect to view and purchase work by artists and crafters from 30 states and 12 countries, with a special emphasis on the fun and the funky. In addition, the Delray Affair is bringing back last year’s “Art of the Automobile” showcase, featuring a different collection of vintage American, European and “future classic” cars parked each day at Old School Square Park. And launching April 1, the Affair’s enhanced mobile app finally brings this middle-aged institution into the 21st century, offering color-coded maps and personal event scheduling for easy smart phone navigation.

About: Say it with me now, in your best movie-trailer voice: “From the team that brought you the Delray Beach Garlic Festival and the Delray Beach Wine and Seafood Festival comes a culinary happening that goes whole hog.” Festival Management Group’s latest event, the alliteratively titled Bacon & Bourbon Fest, is a saltier, more robust affair than its predecessors, promising an array of chef-designed bacon and pork delicacies, from braised pork bellies with tamari, garlic, ginger and chili peppers to the inevitable bacon ice cream (hey, it worked for garlic). Comfort food, farm-to-table offerings and New American Cuisine will all be on the menu, and there are enough liquor seminars and tastings to turn you into a bourbon connoisseur. The live music lineup is heavy on classic rock and rollicking blues. Slated performers include Mac Arnold, a legendary Chicago bluesman who recorded with everyone from James Brown and Muddy Waters to BB King and Otis Redding; Victor Wainwright, a boisterous, Memphis-based pianist known for merging boogie-woogie and honkey-tonk music; and MaGowan’s Chair, a South Florida-based acoustic rock duo.