Movie Review: The Smartly Produced Spycraft of “The Courier” 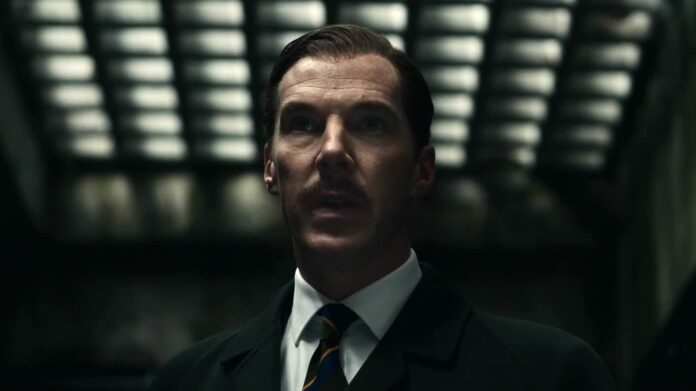 Benedict Cumberbatch is a great onscreen cogitator. The skill of thinking deeply on a subject, of projecting the sense of gears whirring around his characters’ heads, has been as fundamental to his success as the lines he delivers and the actions he takes.

These ruminations on the precipice of change can be found in droves in the real people he’s dramatized over the years, a broad swath of pasty, spindly savants like Stephen Hawking (in a TV movie), Julian Assange (“The Fifth Estate”) and Alan Turing (“The Imitation Game”), to say nothing of the fictional icons known for flexing their minds as bodybuilders would jiggle their pecs: See Sherlock Holmes and Doctor Strange.

And so, in his new film “The Courier,” which falls into the prior fact-based bucket of the actor’s oeuvre, the most Cumberbatchian moment occurs early on. His character, Greville Wynne, is a traveling salesman in London. It’s the cusp of the 1960s, and the nuclear arms race is ratcheting tensions between the U.S. and the Soviet Union.

Greville takes a lunch meeting with representatives of the British government’s Board of Trade, only to discover that the man and woman sitting across the white tablecloth are not mere functionaries of the Crown but are in fact undercover representatives of MI6. Furthermore, they wish to enlist Greville, under the guise of his global sales trade, to strike up a relationship with Oleg Penkovsky (Merab Ninidze), a western asset within the ranks of Soviet military intelligence, who will use Greville to ferry Khrushchev’s Cold War secrets back to the home front. Hence, the courier.

The moment Greville realizes the gravity of this meeting is Cumberbatch distilled. “I’m just a salesman,” he utters, in one of those lines people say in movies when they’re suddenly at the forefront of a covert espionage campaign, but it’s the long silence in which he meditates on the request that speaks volumes, and director Dominic Cooke leaves the camera on his actor to do his thing. Nothing happens, but the moment swells with pregnant tension.

Plot-wise, “The Courier” has much in common with Steven Spielberg and the Coen Brothers’ “Bridge of Spies.” In that film, Tom Hanks’ James B. Donovan is “just a lawyer,” a reluctant civilian suddenly awash in dangerous tradecraft. Both films are smartly produced in every aspect, though Cooke’s feels more conventional in its dialogue and décor. It’s a glossy movie of fedoras, caviar, tie clasps and smoke-filled rooms, the familiar trappings of wealth, decadence and power in the mid-20th century. It is comfortably entrenched in John Le Carré territory—hallowed ground Cooke has little interest in puncturing.

For a while, it seems all too easy for Greville, until it isn’t. In turn, “The Courier” improves by several orders of magnitude as the noose of the Soviet surveillance state tightens around its twin heroes, Greville and Penkovsky. Don’t be surprised if you’re fighting unexpected waterworks by the end.

Beyond the lacquered surface, we come to appreciate “The Courier” as a reflection on the art of pretending, astutely introduced in Greville’s first scene, in which he fakes a poor golf game to make his potential clients look better. His spy games are an extension of this art of calculated deception. So is acting itself.

Perhaps more urgently, “The Courier” is a paean to patriotism at a time when our livelihoods were threatened with literal extinction. I would feel more content knowing there were more Cumberbatches out there to risk life and limb at the service of democratic values. After they think on it, of course.