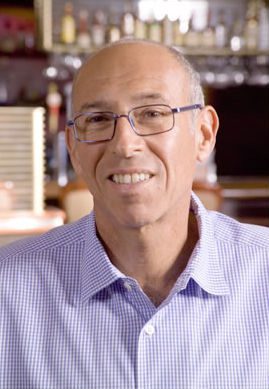 The guy who bet that California-style cuisine would fly in South Florida and won big is now betting on the restaurant potential of west county.

That would be Burt Rapoport, who with Dennis Max brought the gospel of hip, casual restaurants and fresh, seasonal food to SoFla in the 1980s, and has since become one of the area’s best and savviest restaurant operators. Rapoport was one of the first restaurateurs to sign on to the mammoth Delray Marketplace retail center at West Atlantic and Lyons Road, and his Burt & Max’s eatery instantly began doing the kind of blockbuster business many local restaurateurs can only dream about.

Now Rapoport hopes to reprise the success of Burt & Max’s (though without Max as a partner) with a second Marketplace restaurant, set to debut in October of next year. To be called Apeiro, it will take the space opposite B&M’s and offer casual Mediterranean cuisine as done by chef John Belleme, who worked with Rapoport on the upscale (and long-shuttered) Opus Five and was last seen locally manning the kitchen of the also closed Stephane’s.

That’s all I’ve got for now. Check back later for more details.