The Tavern at the Wick Now Open 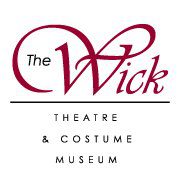 Theater-lovers with a taste for “French cuisine with a modern American flair” with a side order of Big Apple nostalgia will want to check out the newly opened Tavern at the Wick (7901 N. Federal Hwy., 561/995-2333) in Boca Raton.

The elegant 60-seat eatery at the Wick Theatre and Costume Museum is the showcase for the culinary talents of chef William Walden, whose solid-gold resume includes stints at Michelin-starred restaurants in Europe and his own star-laden dining spots in the U.S. The space is also the showcase for artifacts from New York’s renowned Tavern on the Green, including an original chandelier and place settings purchased by theater founder and CEO Marilynn Wick.

The Boca Tavern is open to theater-goers for pre-show dinners, also to the general public beginning at 5 p.m. Friday, Saturday and Sunday nights.

Walden’s menu features both an array of small plates and a five-course dinner priced at $39, $42 and $45 per person, depending on your choice of entree. Among the small plates are dishes like crab-stuffed mushrooms with lemon glacage, Maine lobster roll on a croissant and artisan cheese with various accouterments. Dinner choices include chilled cucumber soup and a wedge salad, beef tenderloin with wild mushrooms and local corn souffle, and apple tart with vanilla ice cream.